The Virgin Islands of the United States consist of the main islands of Saint-Croix, Saint-Johm and Saint Thomas along with the much smaller but historically distinct Water Island, and many other surrounding minor islands. The total land area of the territory is 346.4 km2). The territory's capital is Charlotte Amalie on the island of Saint Thomas and that's the cruise port is located.

We have visited Saint-Thomas on numerous occasions over the years. Our recent visit was in January 2015. 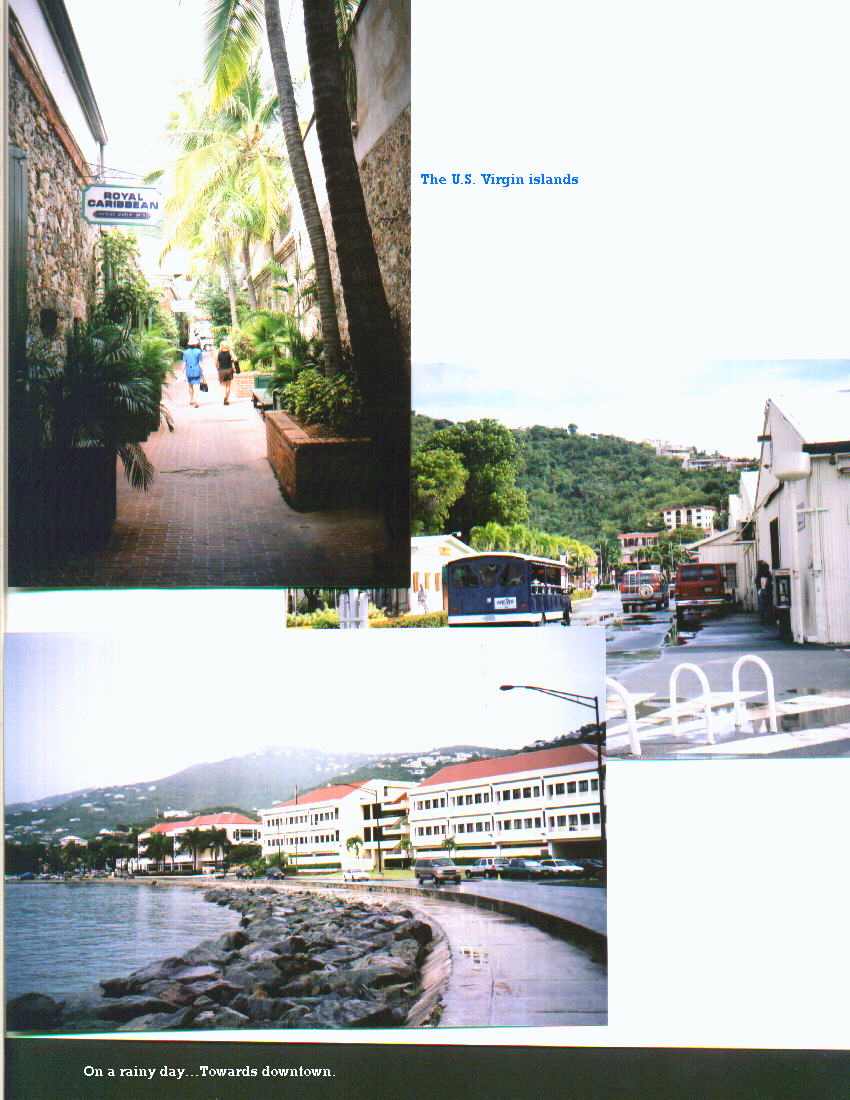 Fort Christian is a Danish-built fort. Governor Jorgen Iversen Dyppel led the second expeditionary force from Denmark to St. Thomas, where he arrived on 25 May 1672; there, he initiated construction of Fort Christian, named after King Christian V. In the 18th century, the fort was expanded and in 1874 a new entrance with a Victorian Clock tower was added.