This a small town located 50 km south of Messina, Sicily. A spendidly-sited historic city. Famous for its Greek theatre (Teatro Greco)  , begun  in the 3rd century B.C. and rebuilt by the Romans. (The Romans used it to "showcase" their lions doing battle with slaves...)

This next picture really captures the beauty of the place. The theater/arena with the majestic Mont Etna in the background. 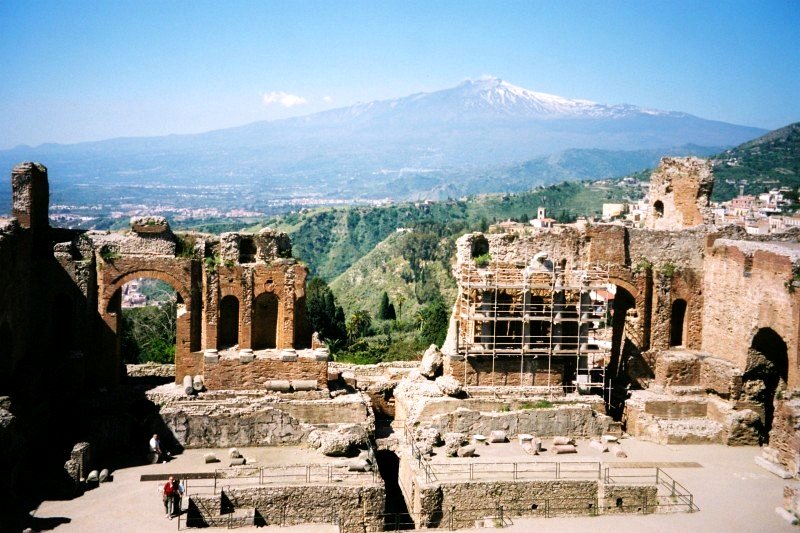 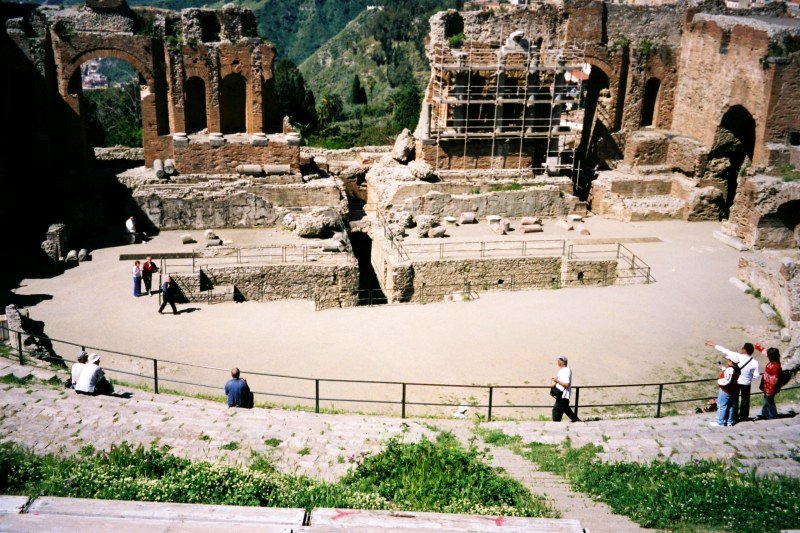 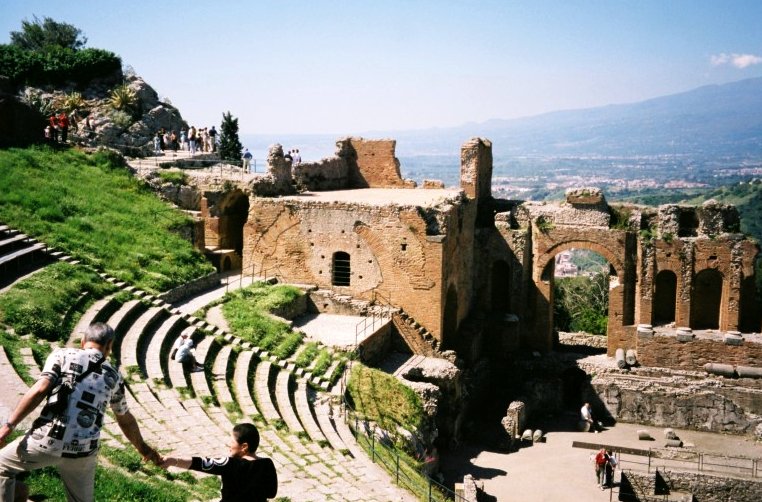 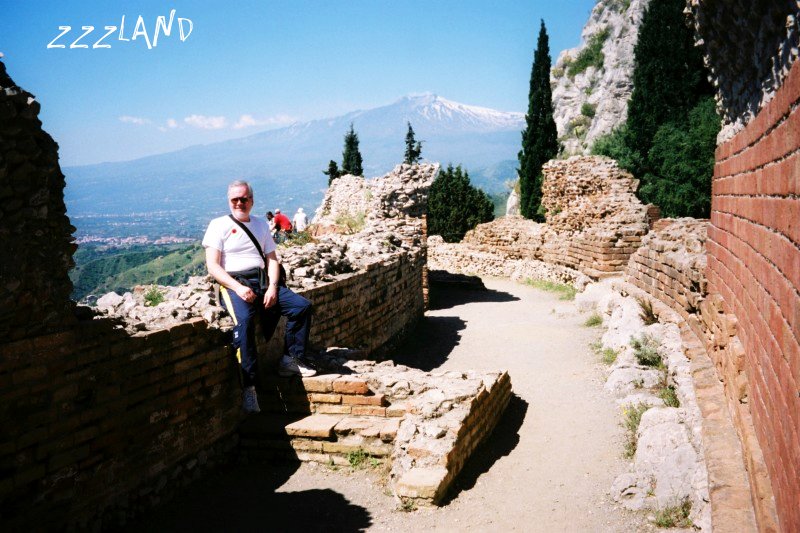 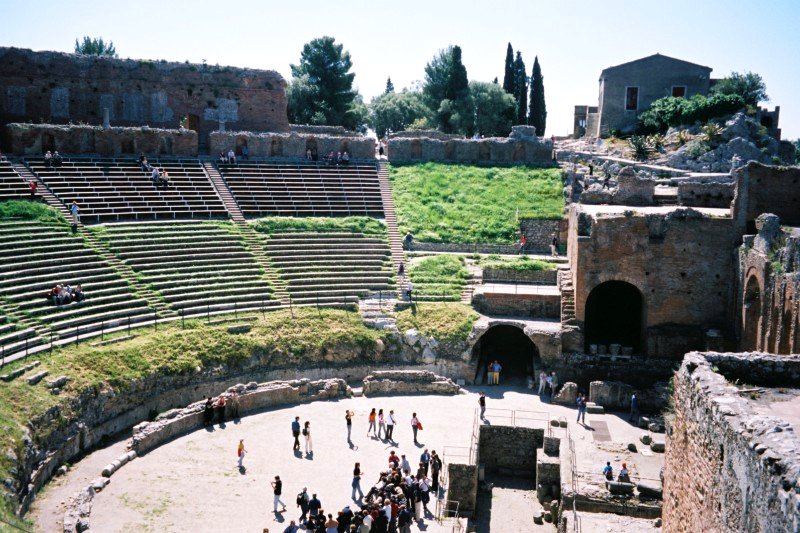 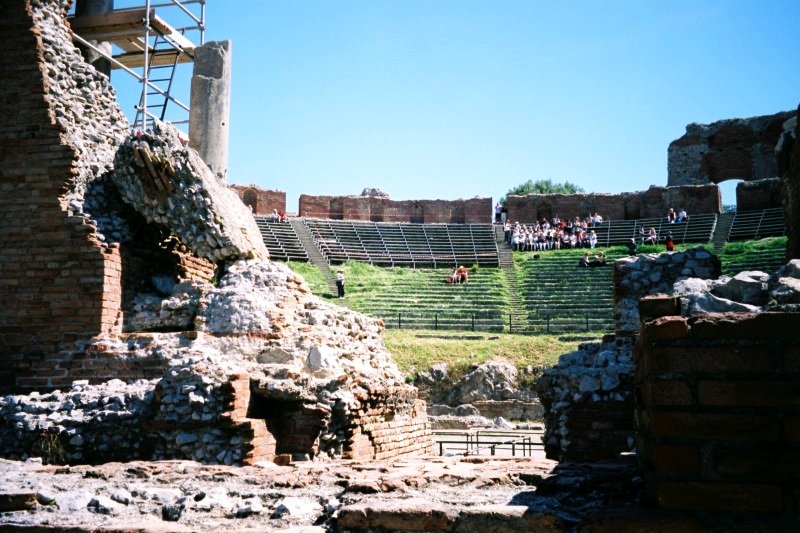 Mount Etna is an active volcano on the east coast of Sicily,close to Messina and Catania. It is the largest active volcano in Europe. It is the highest mountain in Italy south of the Alps. Etna covers an area of 1,190 km² (460 square miles) with a basal circumference of 140 km. This makes it by far the largest of the three active volcanoes in Italy, being nearly three times the height of the next largest, Mount Vesuvius. 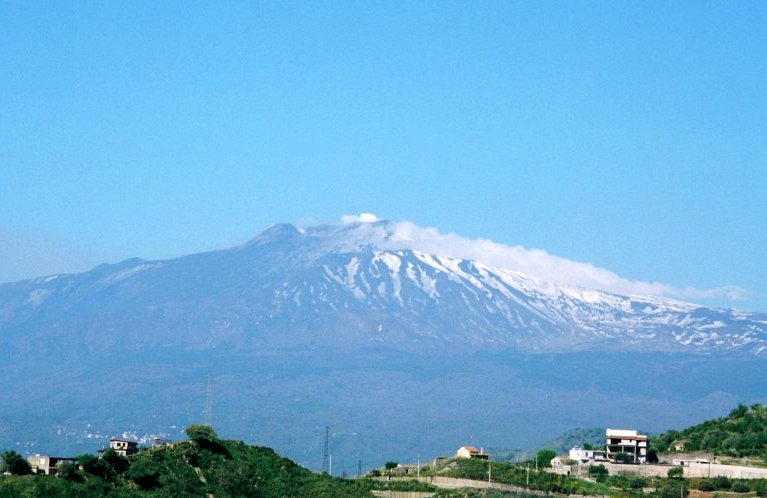 View of the coastline  and the Ionian sea from the Arena/Theatre. If you pan the camera to the right it would pick up Mount
Etna. 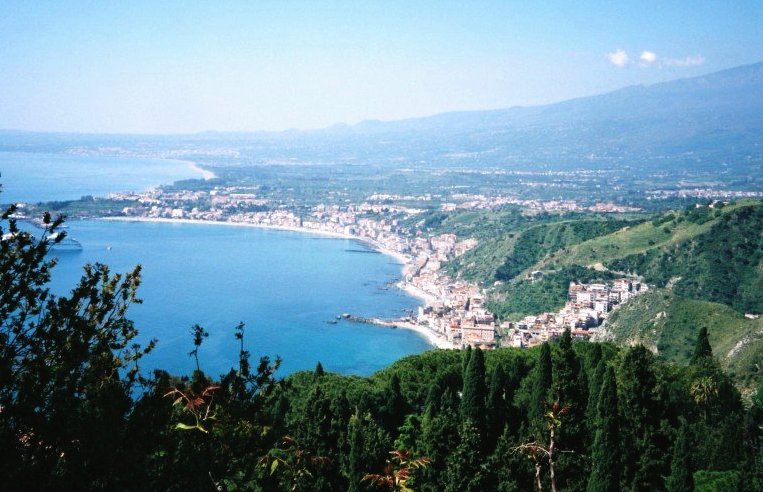 The city's "Duomo" is not actually a cathedral (as its name implies), but this Norman-Arab church, built over an earlier, Paleo Christian structure, dates from the twelfth century. The Badia Vecchia (Old Abbey) was built in the fourteenth century. 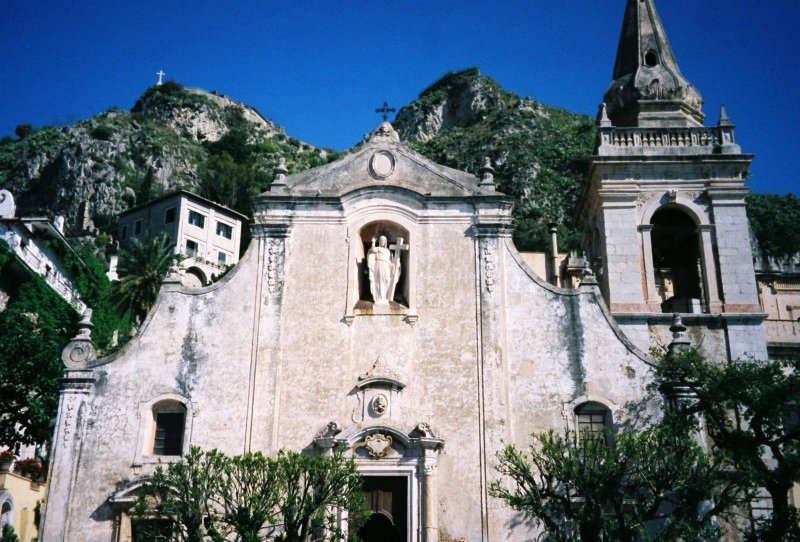