The town of St Andrews is known worldwide as the "home of golf". This is in part because the Royal and Ancient Golf Club, founded in 1754, exercises legislative authority over the game worldwide (except in the United States and Mexico), and also because the famous links (acquired by the town in 1894) is the most frequent venue for The Open Championship, the oldest of golf's of four major championships. 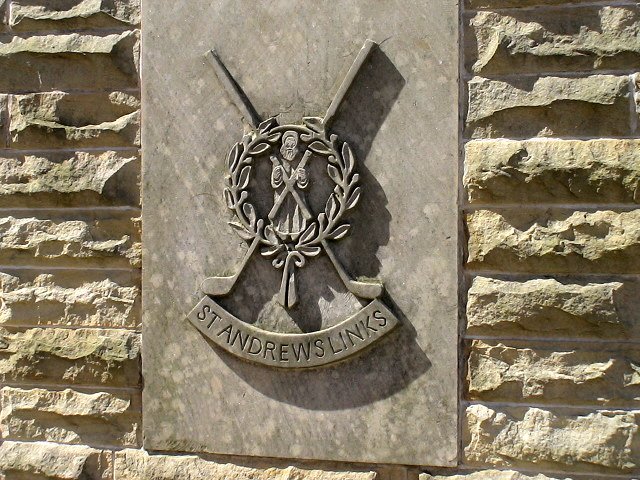 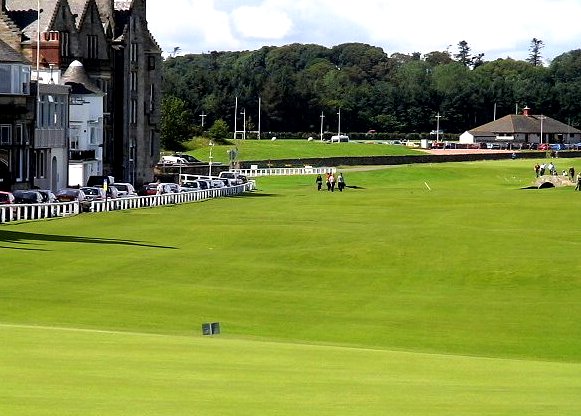 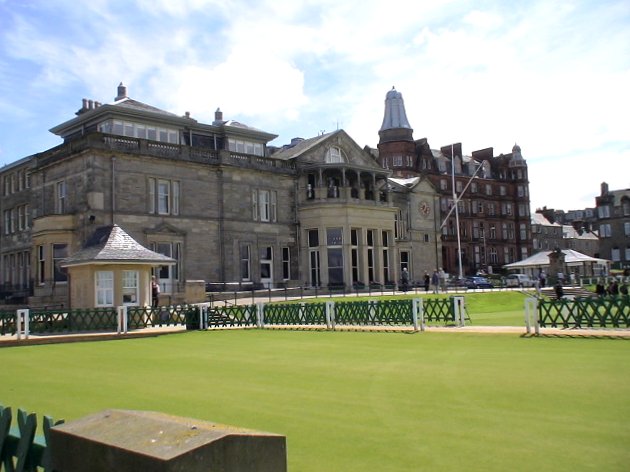 St Andrews is a town and former royal burgh on the east coast of Fife, Scotland. It is named after Saint-Andrew the Apostle. It has a population of about 18,000, and stands on the North Sea coast between Edinburgh and Dundee. It is home to Scotland's oldest university, the University of St Andrews. 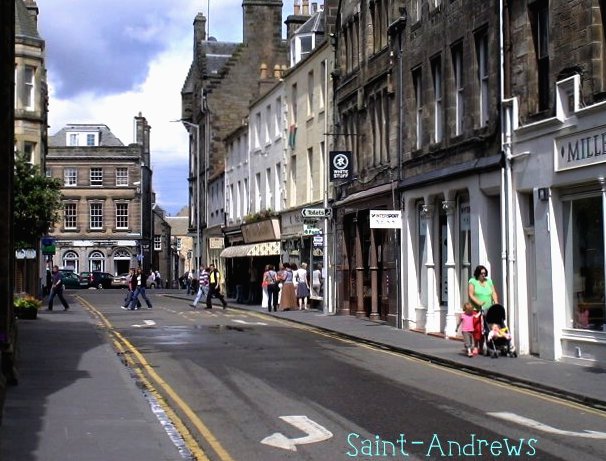 St Salvators College of the University of Sat Andrews was founded in 1450 by Bishop James Kennedy on North Street, St-Andrews. Of the original buildings, the college chapel, tower and a tenement building (adjoining to the west of tower) and the Hebdomodar's building survive. The college chapel is unusual in that the main entrance faces out into the town and not like those in Oxford or Cambridge, closed into the college itself. It is indeed the only collegiate chapel in Scotland with this arrangement. 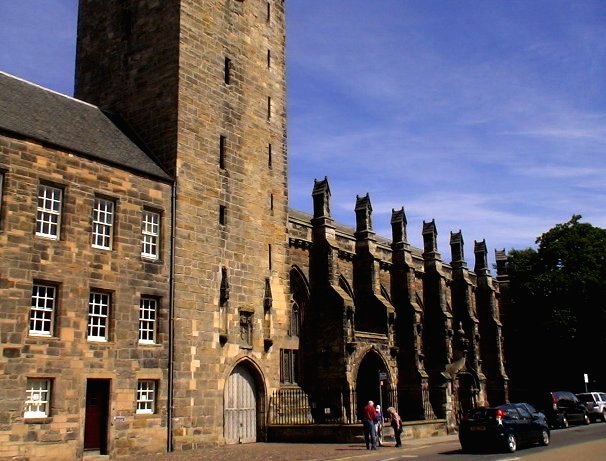 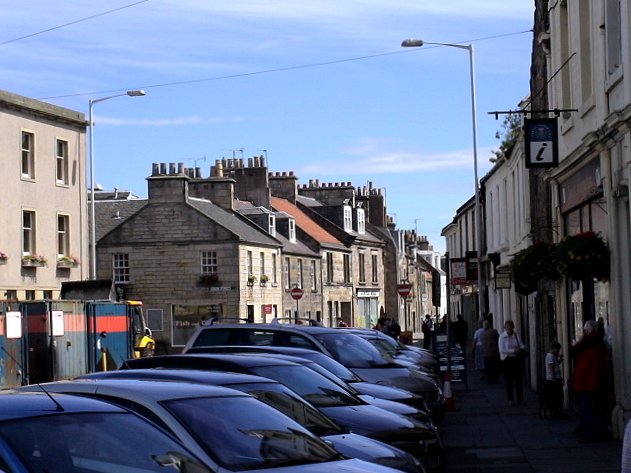 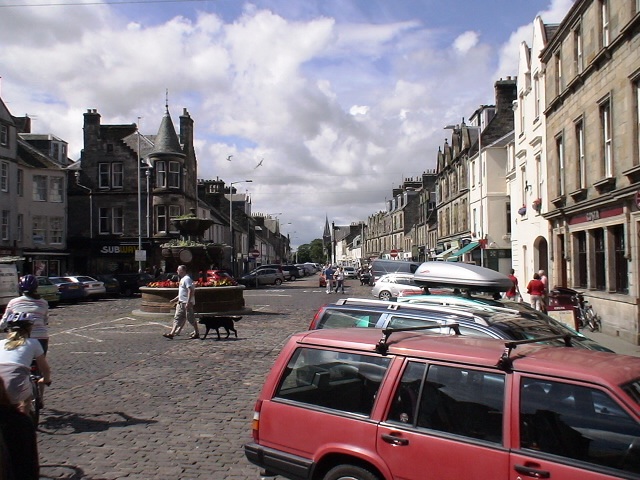 The ruins of the Cathedral of St Andrew , at one time Scotland's largest building, originated in the priory of Canons Regular founded by Bishop Robert (1122 - 1159). It was not completed and consecrated until 1318 in the reign of Robert the Bruce (1306-29). The Cathedral and its associated buildings were sacked and gradually became ruinous after the Reformation in 1559 as stone from the cathedral was used for local buildings. At the end of the 17th century, some of the priory buildings remained entire and considerable remains of others existed, but nearly all traces have now disappeared except much of the defensive Priory wall, with its towers and gates. 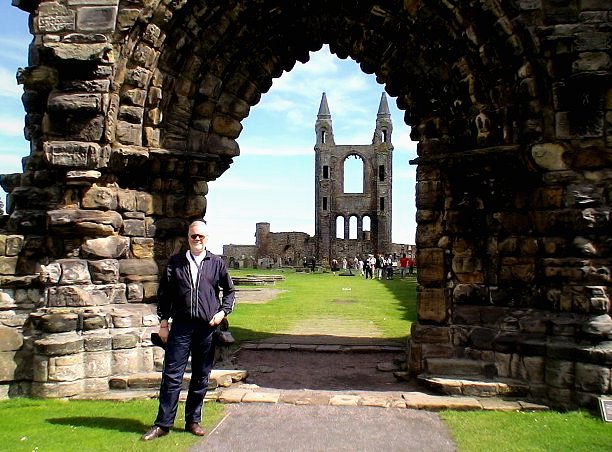 St Andrews Castle is a ruin located in the coastal area of St-Andrews. There has been a castle standing at the site since the times of Bishop Roger (1189-1202), son of the Earl of Leicester. It housed the burgh's wealthy and powerful bishops while St Andrews served as the ecclesiatical centre of Scotland during the years before the Protestant Reformation. 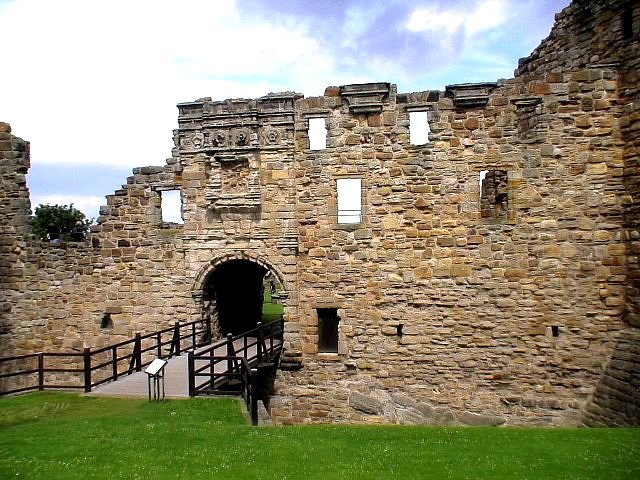 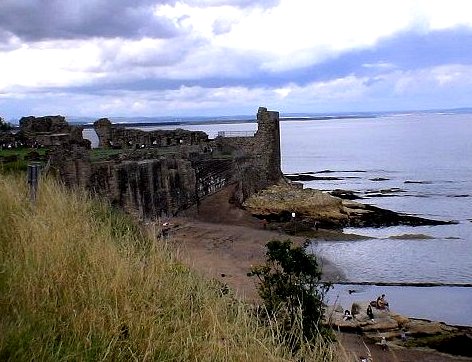 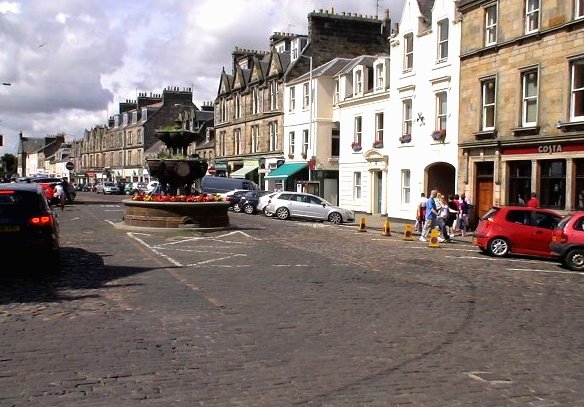 St-Andrews from the waterfront. A nice city to visit even if you don't like Golf (or its history) It was a surprise for us.