The Ruins of Nora,  Sardinia

The ruins of the city of Nora  are situated on the promontory of Capo di Pula which is formed in such a way that it has three natural harbours, which can be used alternatively according to the conditions of the wind and sea. The city was founded by Phoenician seafarers around IX-VIII century B.C. Little evidence remains of this ancient period in Nora'a history, however an important testimony is "la Stele di Nora" (The Star of Nora), on which there is an inscription which bears the name of Sardinia. Nora's Punic history, to a large extent, also remains a mystery, although the materials used in the construction of tombs suggest that it was a
rich merchant settlement. 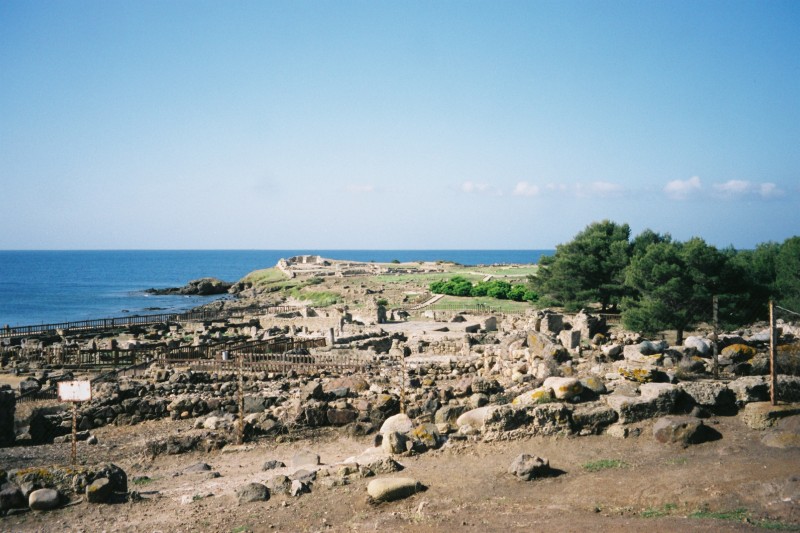 Visitors can also admire the beautiful mosaics of the Central Thermal Baths, as well as at the Small Baths, the latter almost certainly
belonging to a private domus In the early period of Roman domination, which began in 238 B.C., Nora was probably the seat of the Governorship. During the Roman era it was proclaimed a municipium and enjoyed a period of prosperity, which reached its peak in the II and III century A.D.

Archaeological excavation has revealed buildings from various periods, but the most important ruins are those from the Roman era. The remains of the thermal baths are located just inside the entrance to the site. The baths are partially submerged by water, but the colourful white, yellow and black mosaics which cover the floor can still be seen. The building known as the Roman Temple offers visitors the chance to admire beautiful floor mosaics from the end of the II and the beginning of the III century A.D. The other sacred buildings to be admired are: Alto Luogo di Tanit, the Temple-Sanctuary of Eshmun-Esculapio and the so-called Canaanite sanctuary, all of which were built on existing chapels, from the Phoenician-Punic era. 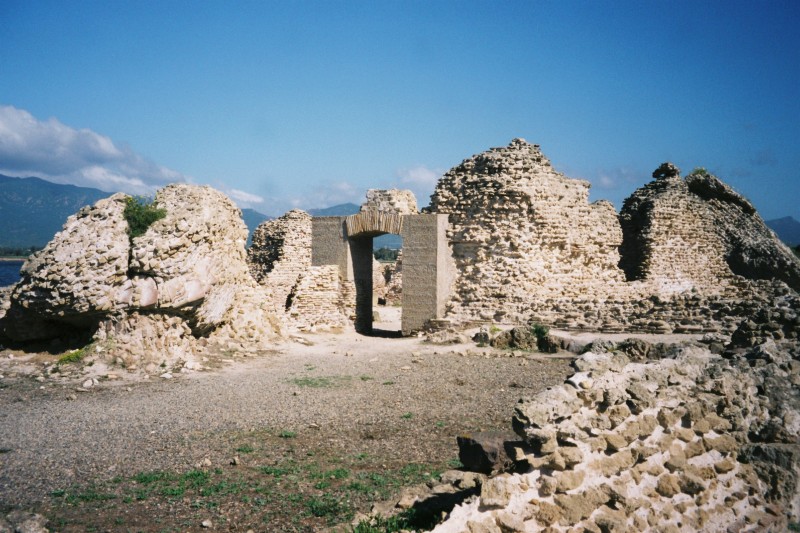 The Theatre, one of the most important and impressive of the city, can be traced back to the first half of the II century A.D., and, under the stage area, large amphora, used to create incredible acoustic effects, are still visible. View from the Rotterdam