Rouen is the historical capital city of Normandy, in northwestern France on the River Seine, and currently the capital of the Haute-Normandie (Upper Normandy) région. Once one of the largest and most prosperous cities of mediaval Europe, Rouen was the seat of the Exchequer of Normandy in the Middle Ages. It was one of the capitals of the Anglo-Norman dynasties, which ruled both England and large parts of modern France from the 11th century to the 15th century. It was in Rouen where Joan of Arc was burnt in 1431.

The Rouen Cathedral was the subject for a series of paintings by the Impressionist painter Claude Monet, who painted the same scene at different times of the day.

It contains a tomb of Richard the Lionheart which contains his heart. His bowels were buried within the church of the Chateau of Châlus-Chabrol in the Limousin. It was from the walls of the Chateau of Châlus-Chabrol that the crossbow bolt was fired, which led to his death once the wound became septic. His corporal remains were buried next to his father at Fon tevraud Abbey near Chinon and Saumur, France. Richard's effigy is on top of the tomb, and his name is inscribed in Latin on the side. 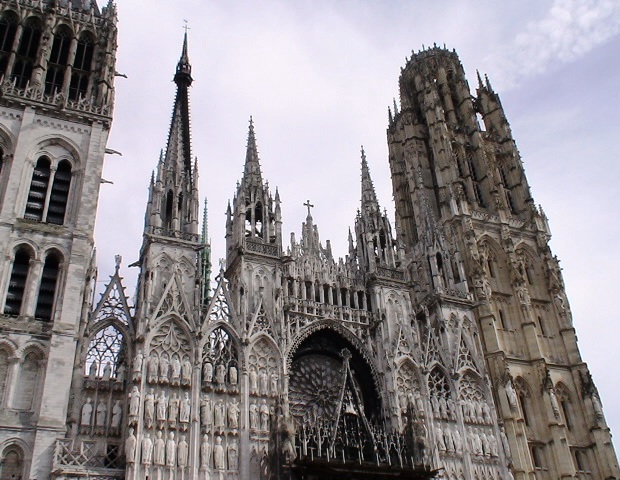 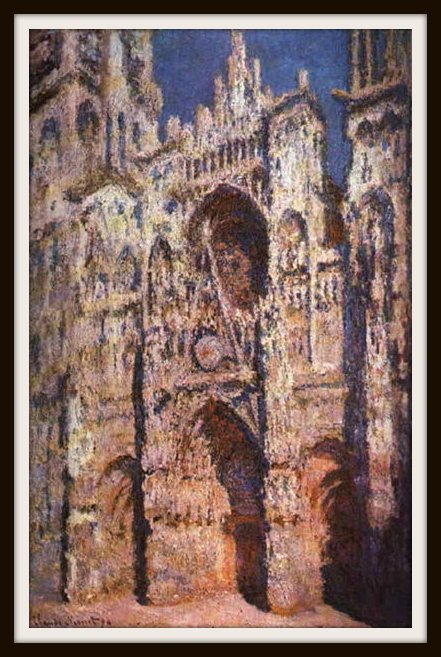 The Gros Horloge is an astrnomical clock (dating back to the16th century) though the movement is considerably older (1389). It is located in the Gros Horloge street 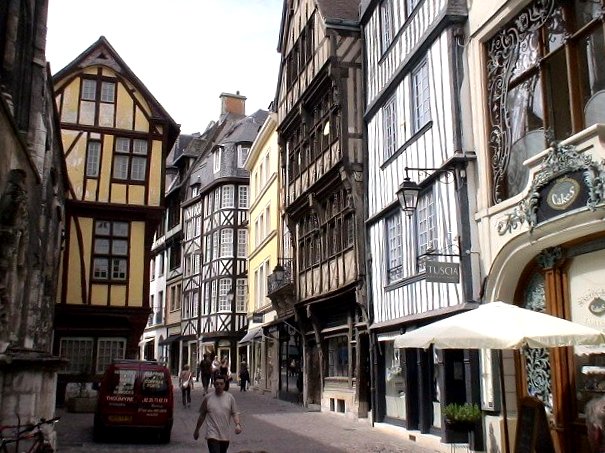 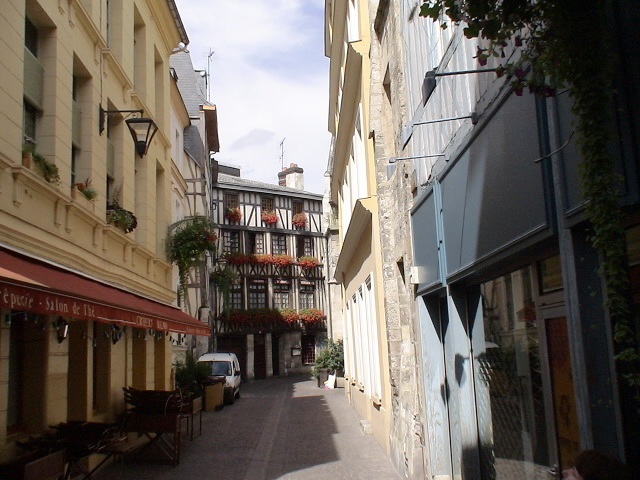 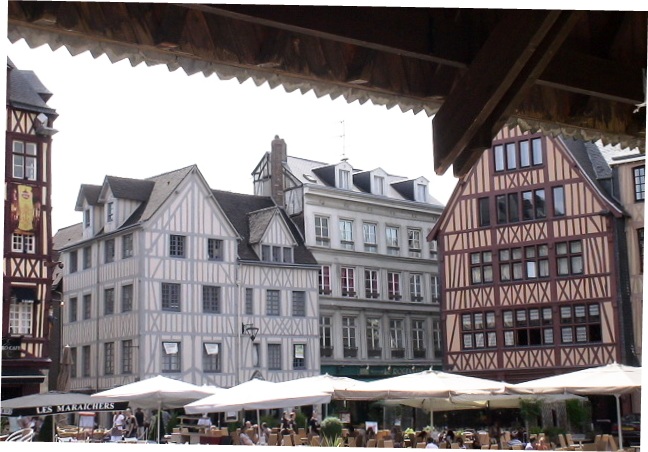 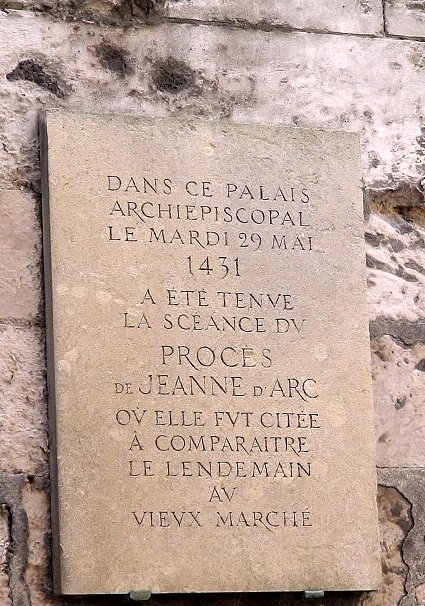 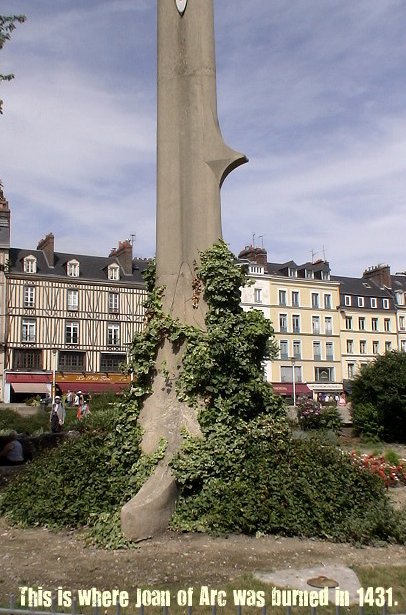