Knossos is the largest Bronze Age archaeological site on Crete probably the ceremonial and political center of the Minoan civilization and culture. It is located near the main city of Heraklion and has been substantially if imaginatively "rebuilt", making the site accessible to the casual visitor in a way that a field of unmarked ruins is not.

The Minoan civilization was quite fascinating. We knew little of them before visiting this site. The Minoan culture flourished from approximately 2700 to 1450 BC, afterwards, Mycenaean Greek culture became dominant on Crete.The term "Minoan" was coined by the British archaeologist Sir Arthur Evans after the mythic King Minos Minos was associated in myth with the labyrinth, which Evans identified as the site at Knossos.

What the Minoans called themselves is unknown. 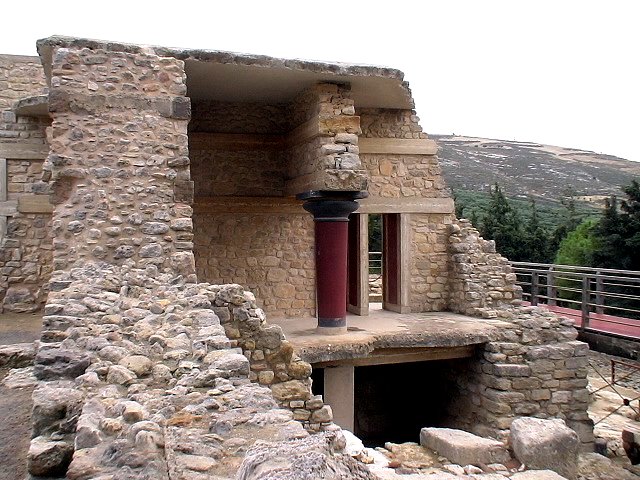 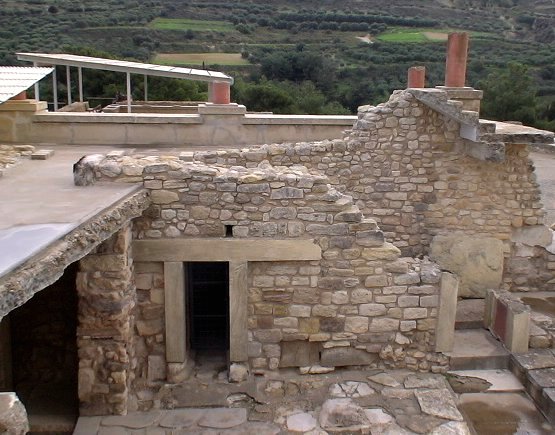 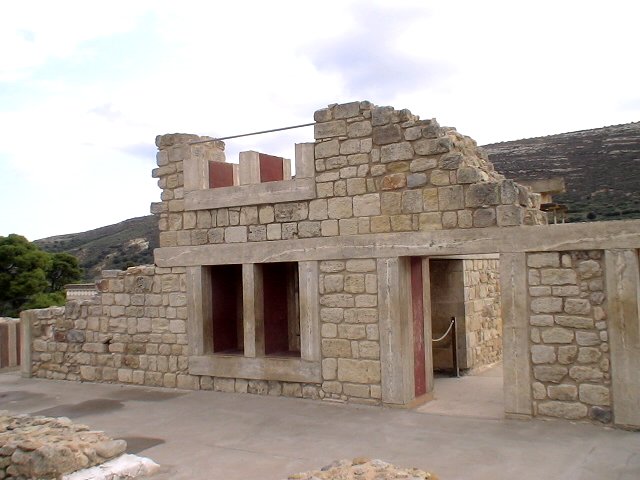 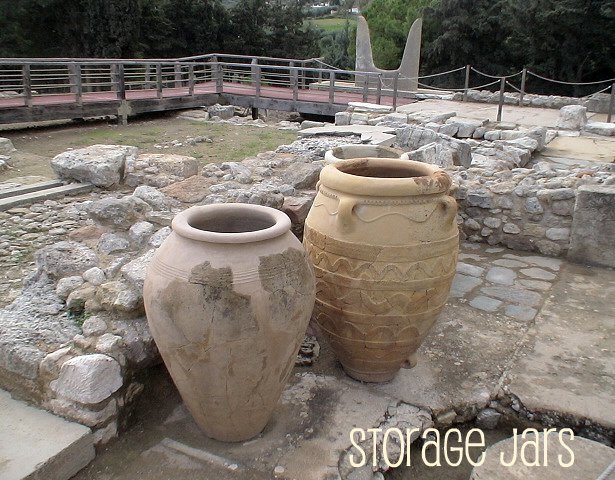 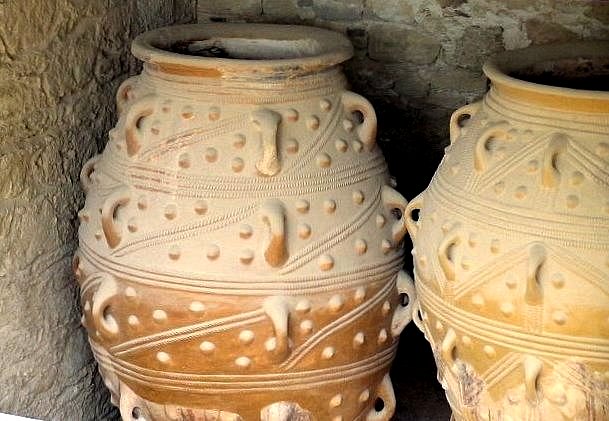 The centerpiece of the "Mycenaean" palace was the so-called Throne Room or Little Throne Room , dated to LM II. 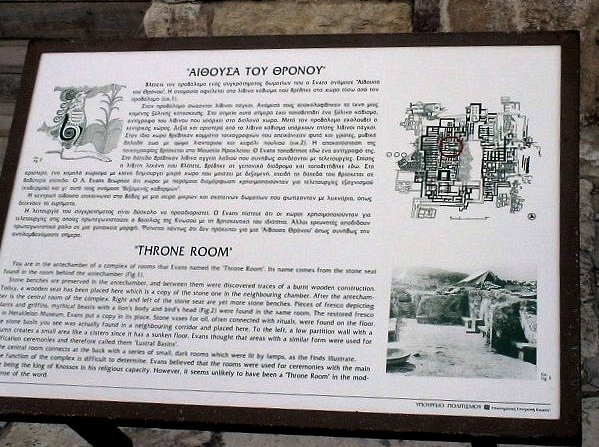 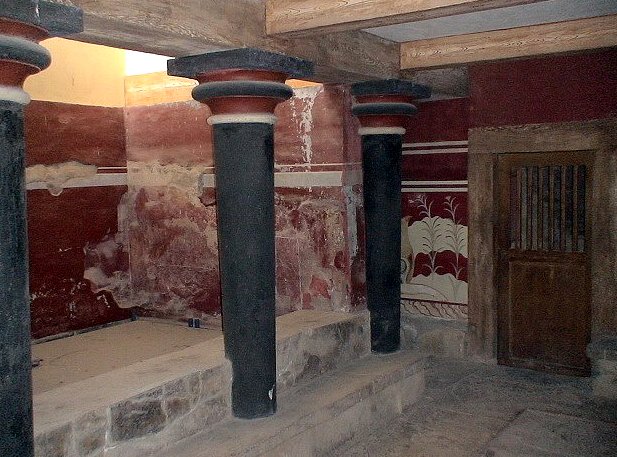 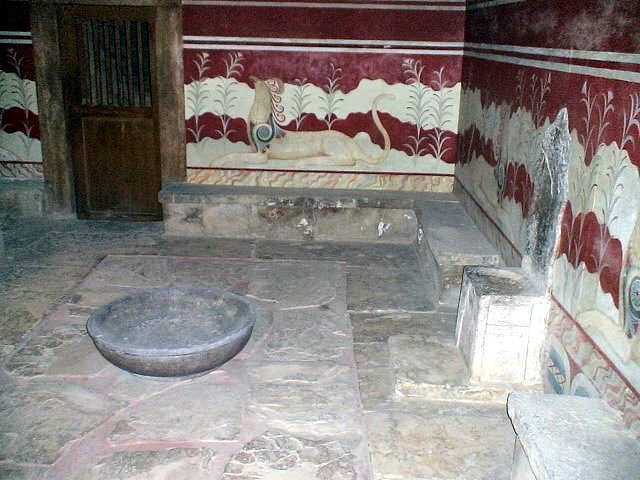 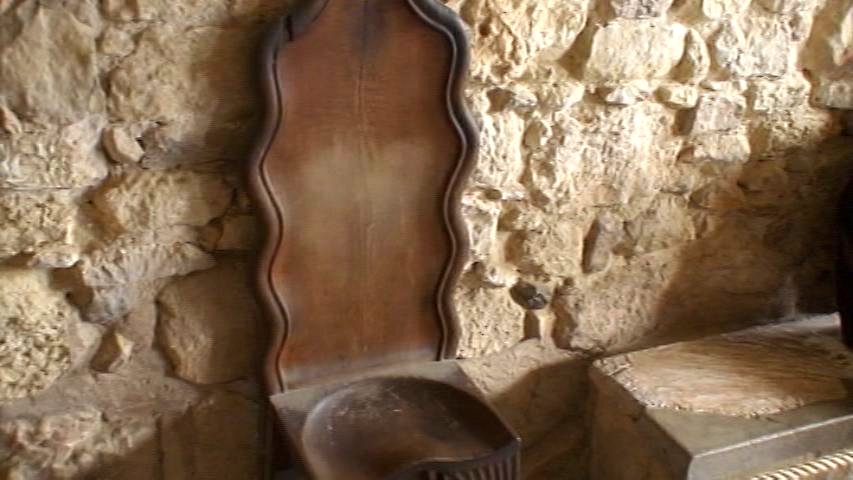 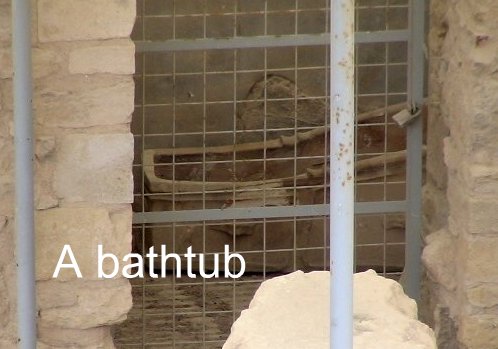 Visiting the Herakleion Archaeological Museum that contains the artifacts
found in the Palace of Knossos. 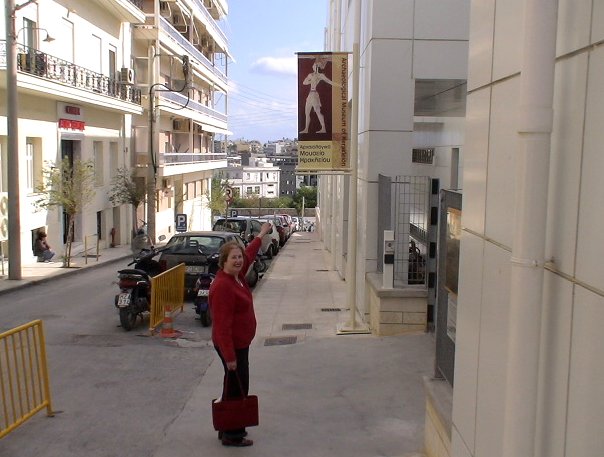 Some of the artifacts of the Minoan culture found in the museum. Mainly vases made of marble or semi-precious and precious stones. Those which come from the sacred treasuries of the palaces at Knossos and Zakros are outstanding.

A special category is formed by the stone utensils used in religious ritual which carry various representations in relief. 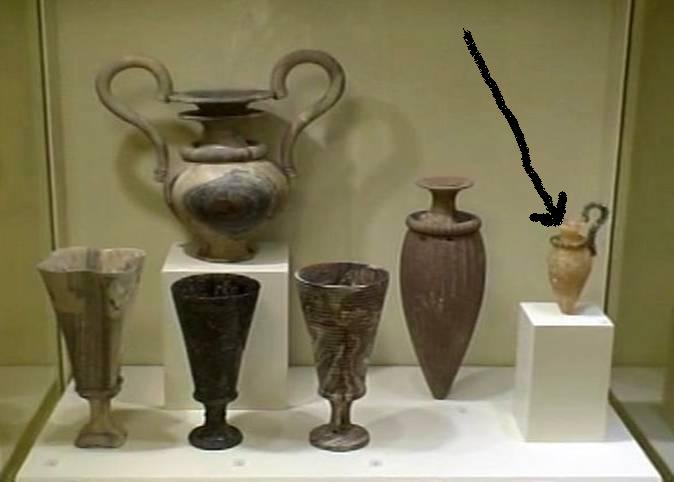 This small elegant vase, unique in its kind, is justly considered a masterpiece of Minoan stone carving. It has an elongated body with pointed bottom made of an unusually large piece of rock crystal.

The neck and splaying rim, also of rock crystal, are joined to the body by a crystal ring decorated with vertical rings of gilt,
The tall handle is formed by fourteen beads of gilt crystal, threaded onto a bronze wire.
This vase is a characteristic example of the originality and refinement of Minoan craftsmen.
It was found in the Temple Repository of the Zakros palace together with other unique ritual vessels of the Neopalatial period and was beautifully restored by the conservators of the Herakleion Archaeological Museum from hundreds of tiny fragments found in excavations.(Hellenic Ministry of culture) 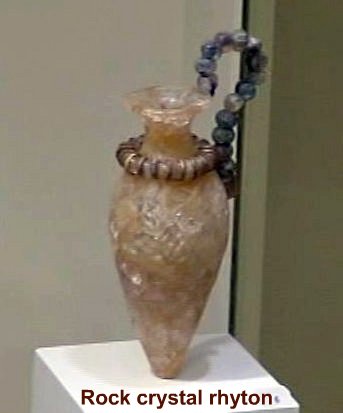 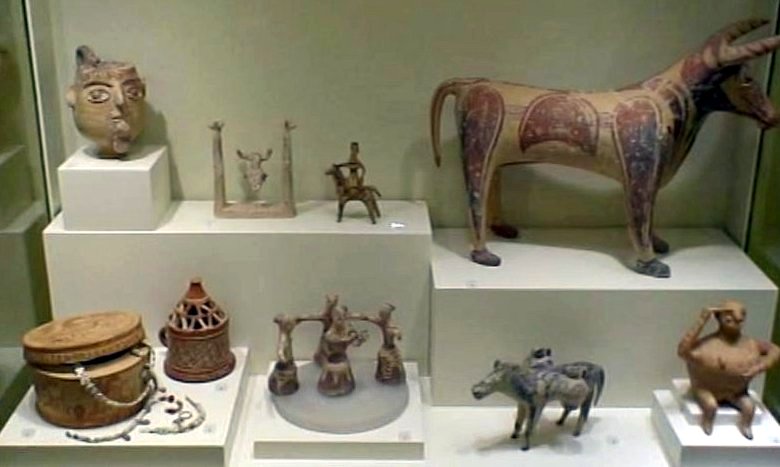 Carved out of Steatite with gilded horns, with eyes made of red jasper, and white shell or marble for the around the nostrils. 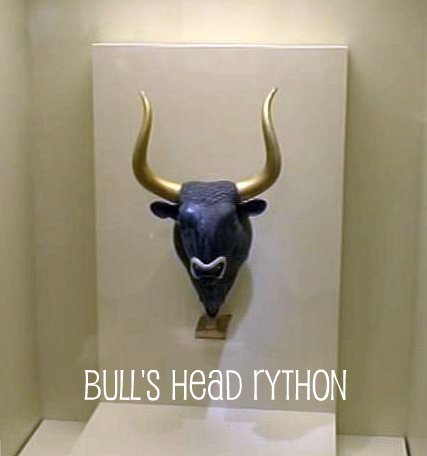 Clay figurines and others made of stone or precious materials.

Figurines and other dedications from the cave of Eileithyia at Inatos in South Crete.

The figurines are connected with human fertility. The famous statuette found at Knossos depicts a snake goddess or a high priestess. Made of clay, with raised arms which make the idol appear animated.

The dress is typical of Minoan attire. 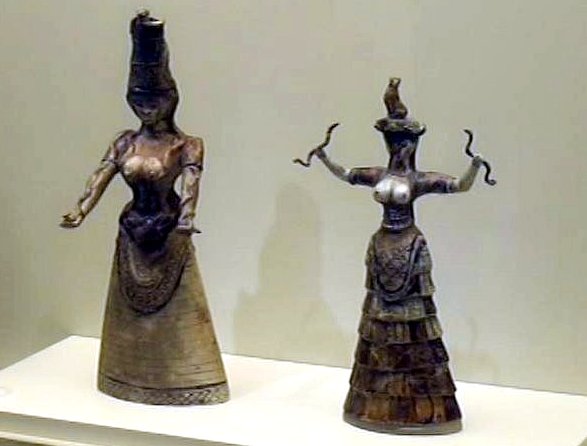 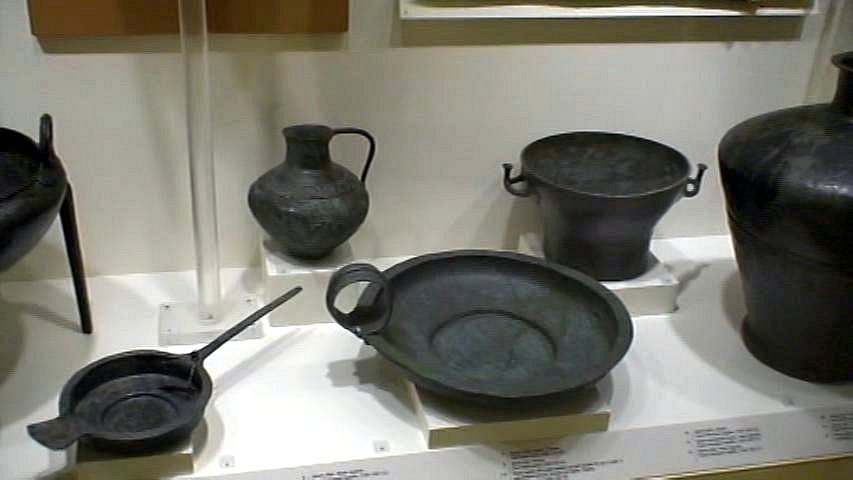 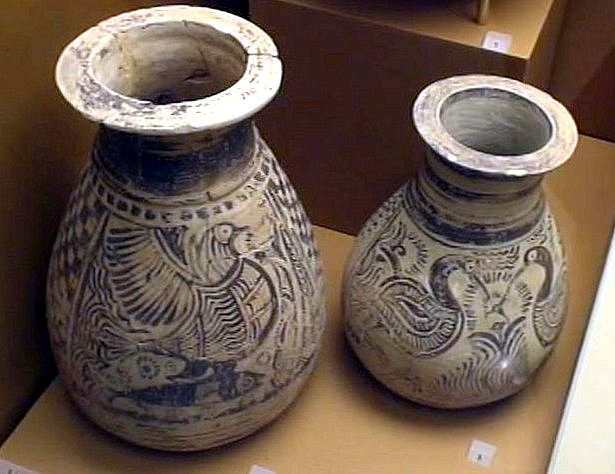