Messina is the third largest city on the island of Sicily and the capital of the province of Messina. It has a population of 250,000 inhabitants in the city proper and about 500,000 in the metropolitan area.

Founded by the Greeks in the 8th century BC, Messina was originally called Zancle from the Greek, because of the shape of its natural harbour. In the early 5th century BC, Anaxlas of Rhegium renamed it Messene in honor of the Greek city Messene. The 12th century Cathedral of Messina contains the remains of Conrad  king of Germany and Sicily in the 13th century. After the quake of 1908, the cathedral was almost entirely rebuilt in 1919/1920; after a fire in 1943 it had to be rebuilt again. 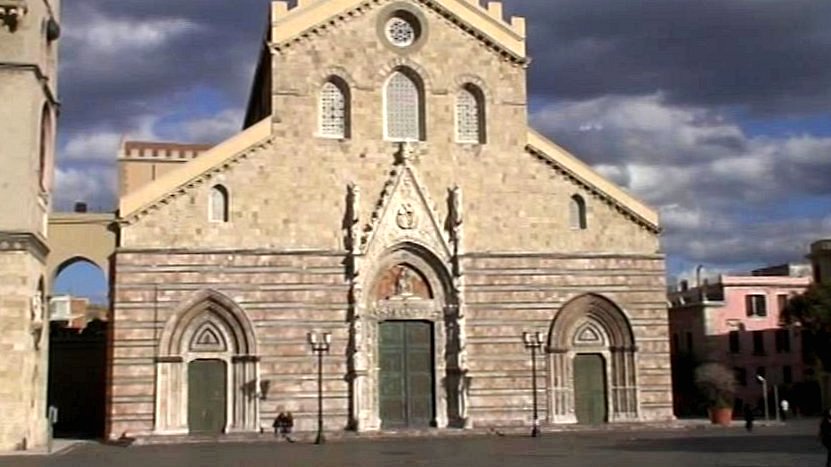 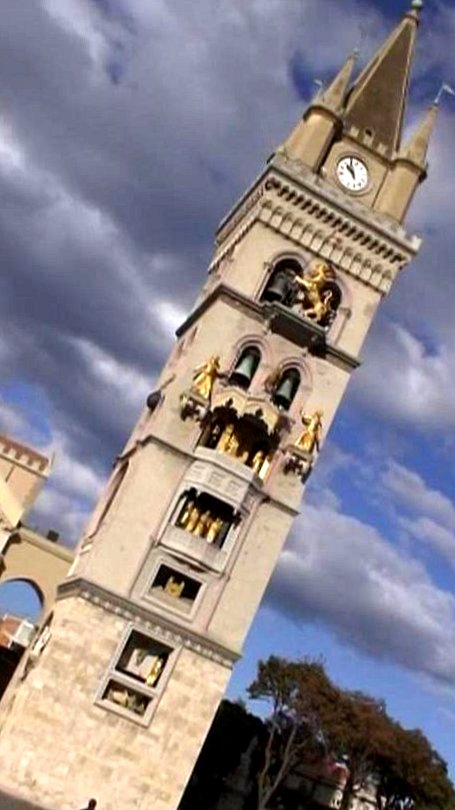 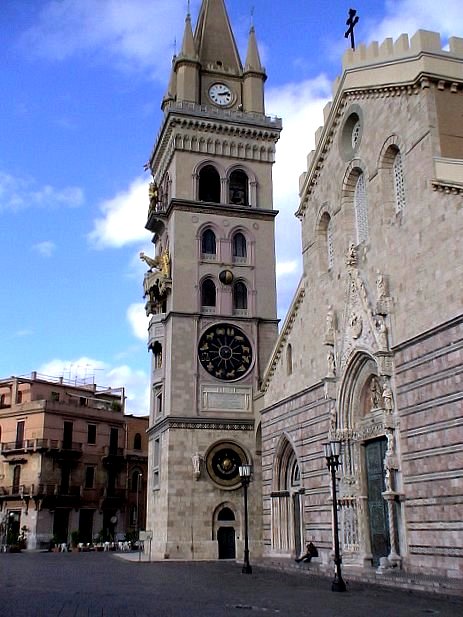 Sanctuary of Tindari where you can find the Black Madonna.

By the 19th century, the site of Tyndaris was wholly deserted, but the name was retained by a church, which crowned the most elevated point of the hill on which the city formerly stood, and was still called the Madonna di Tindaro 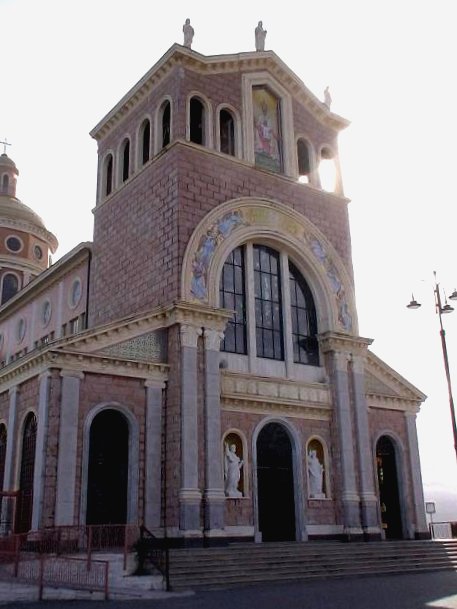 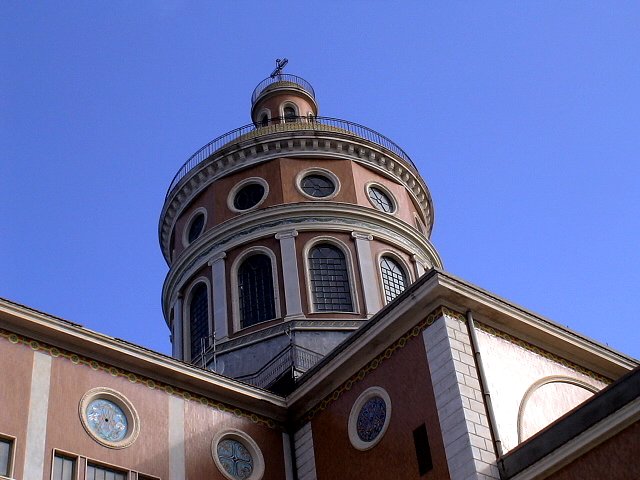 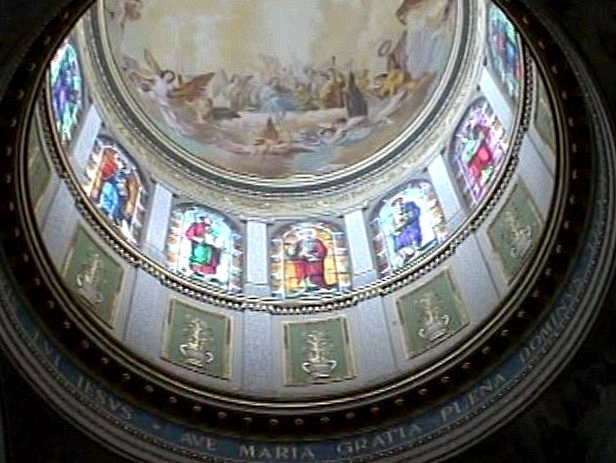 The Black Madonna in Tindari

A Black Madonna or Black Virgin is a statue or painting of Mary in which she is depicted with dark or black skin. This name applies in particular to European statues or pictures of a Madonna which are of special interest because her dark face and hands is thought by some to be true color. 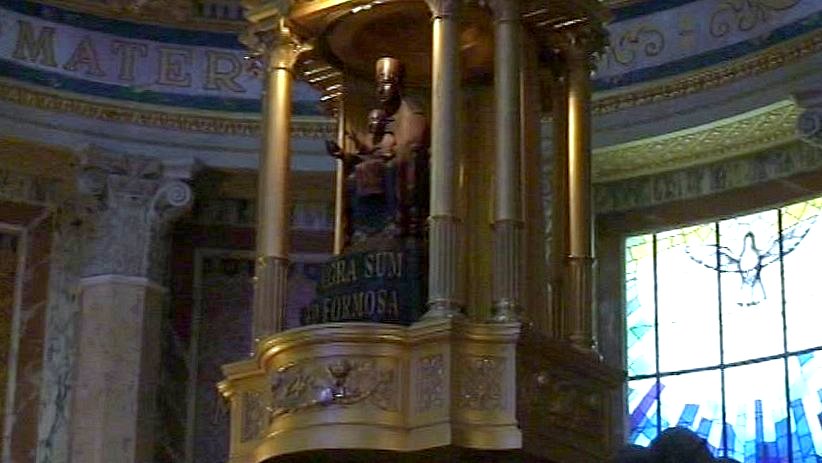 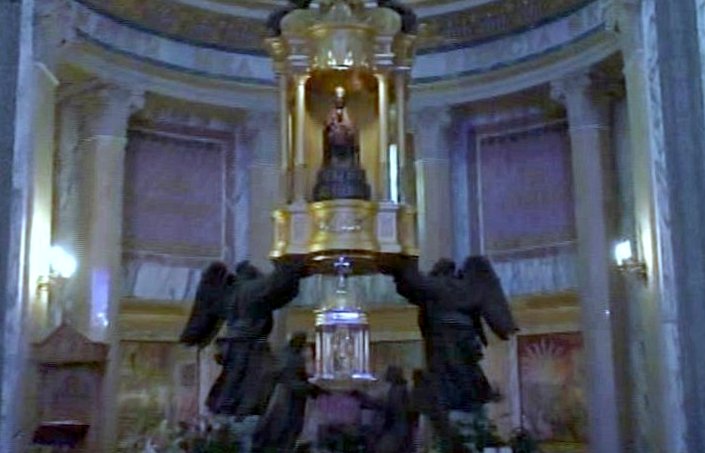 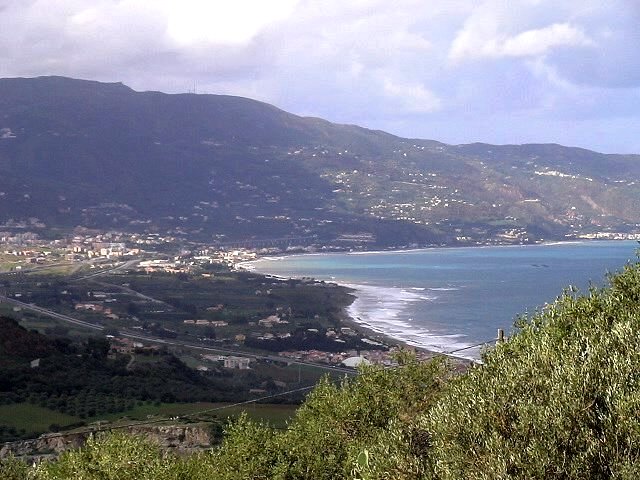 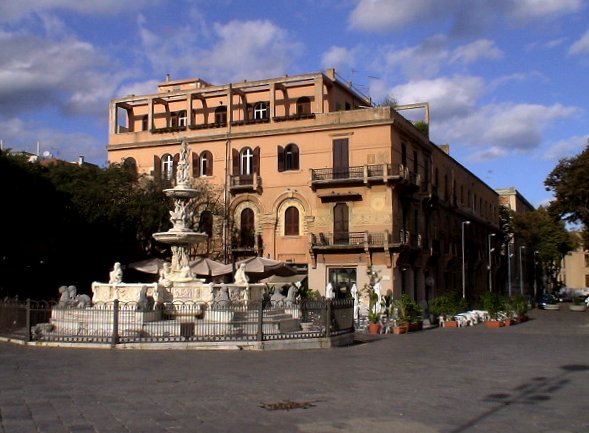 Fountain in main square in Messina. 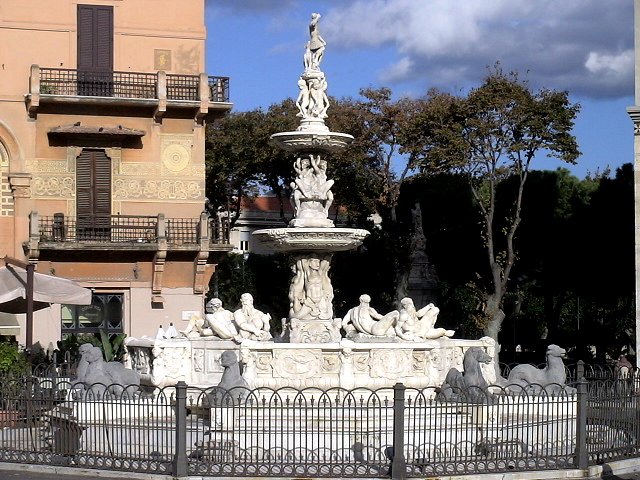 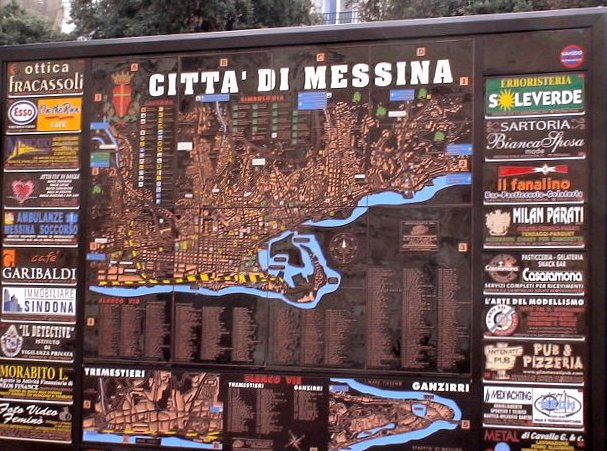 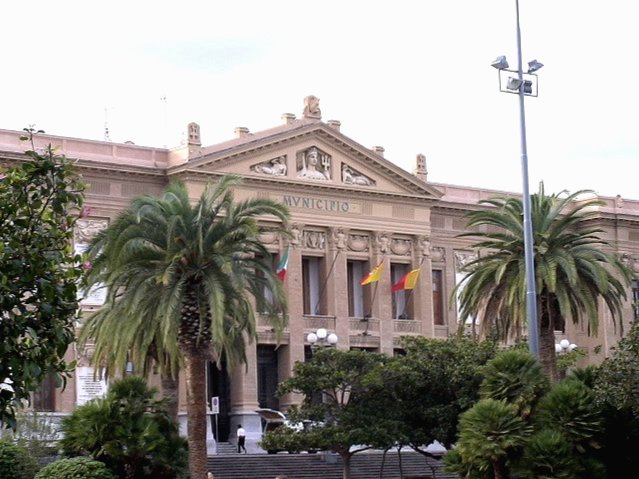 The Pylons  built in 1957 for a 220kV-overhead powerline across the Strait of Messina. (Sicly and the mainland) At the time of its construction, the two pylons were the highest in the world. This powerline has since been replaced by an underwater cable, but the pylons still remain, protected as historical monuments. 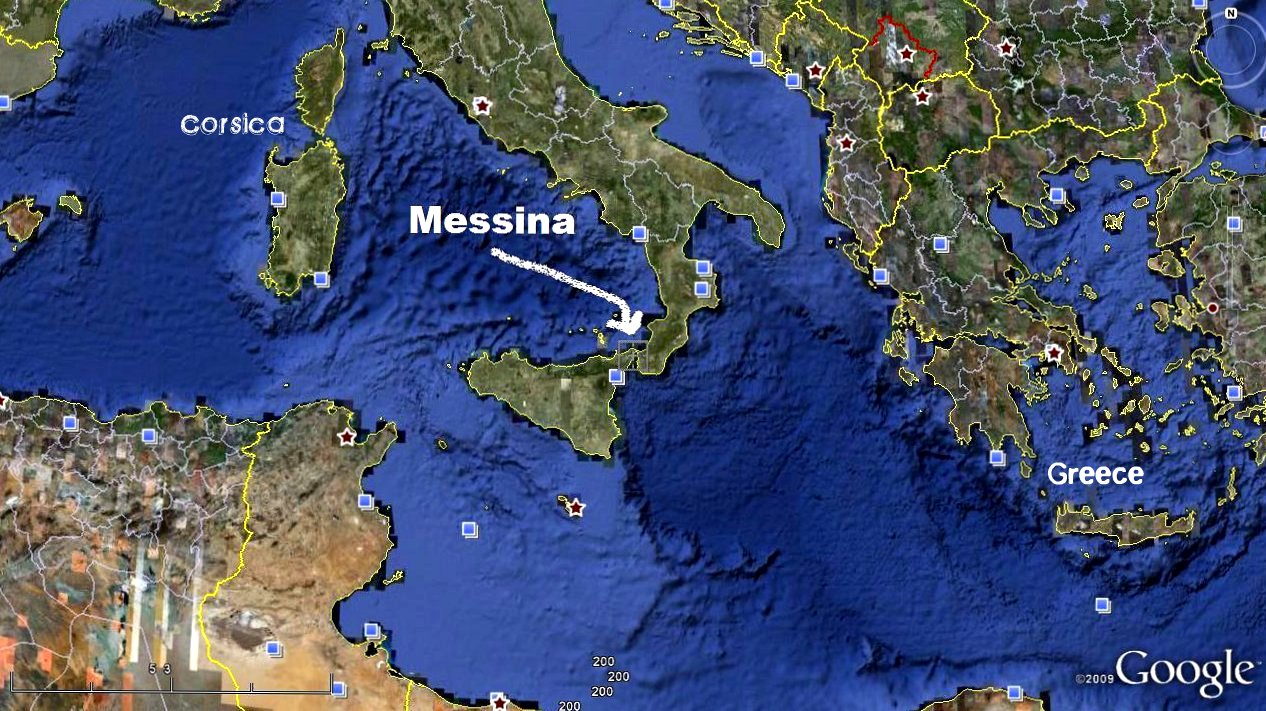 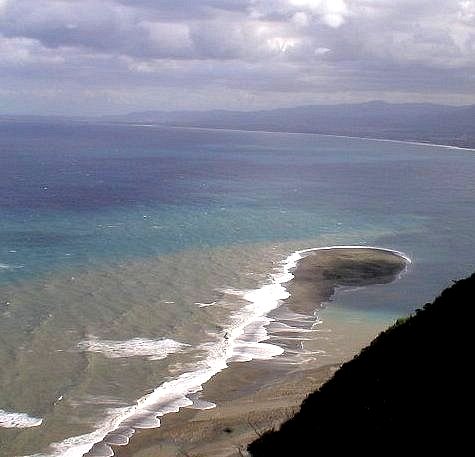 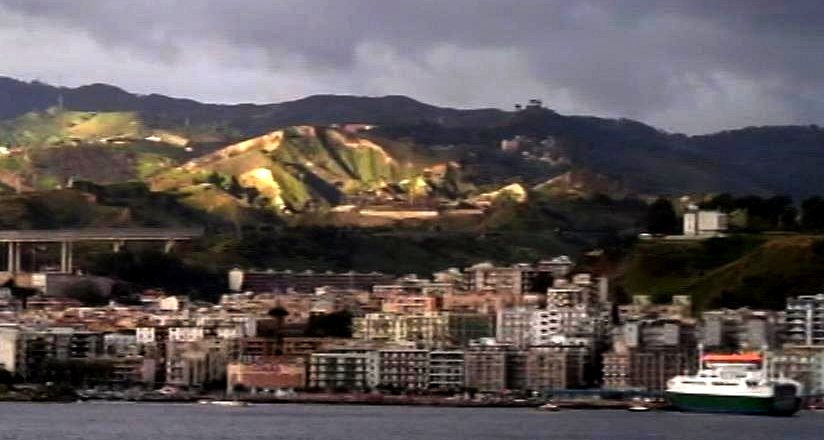 On the way to SICILY...Mount Stromboli. Home of three active volcanos.