The province of Viterbo, commonly called Tuscia named after the Etruscan populations that once lived in the northern part of Lazio, it is an area full of history and art.The Etruscan were there before the Romans. Its origins date back to an Etruscan settlement called “Surrena”, that began to develop in the early Middle Ages. The hill where the Cathedral presently rises was inhabited by the Etruscans. The settlement was then destroyed by the Romans approximately in 310 b.C. During the Middle Ages, the city spread out considerably, thanks to the building of wall enclosures that are a peculiar feature still today. That period was also dominated by civil strife and by the conquest of the town by Frederick I Barbarossa in 1170. In the following years, the city witnessed the political struggle between Guelphs and Ghibellines, and then was unespectedly beseiged by emperor Frederick II, on whom it had to wage war harshly.

Viterbo became important during that period when it was a place of refuge for many Popes, earning it the title of the “City of Popes”. During the long controversy between the Roman Catholic church and the Emperor, Viterbo became a free city and it grew. Popes' Palace, piazza San Lorenzo: this is undoubtedly the best known building in town. Erected in the second half of the XIII century, it was the seat of many conclaves, including those electing pope Urban IV, Gregory X (elected after three years of vacancy), the one-day-pope (cardinal Vicedomini), who died one day after his election in 1276. 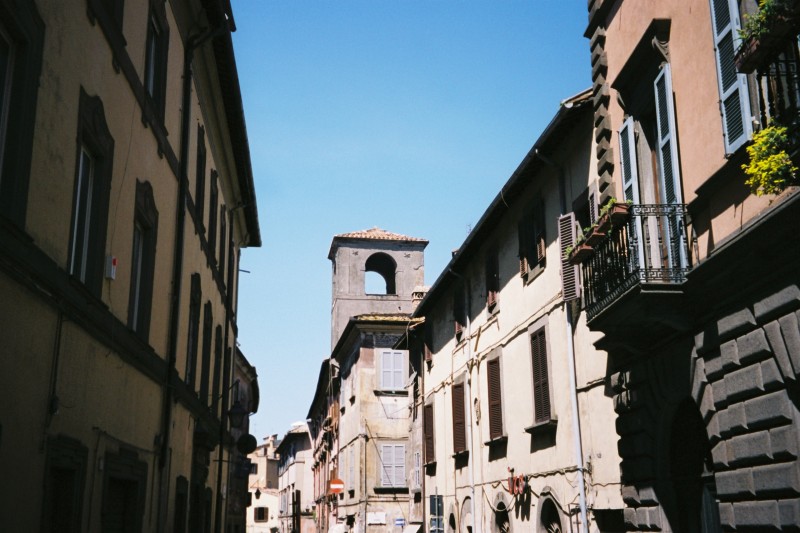