Lucca is a city in Tuscany, northern central Italy, situated on the river Serchio in a fertile plain near the Tyrrhenian Sea. It is the capital city of the Province of Lucca. Among other reasons, it is famous for its intact Renaissance-era walls (although the city has expanded beyondthe wall's boundaries). Much like Bruges and its beauty. 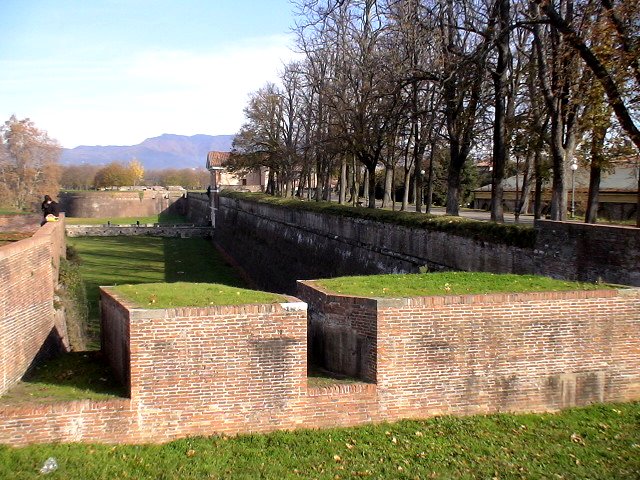 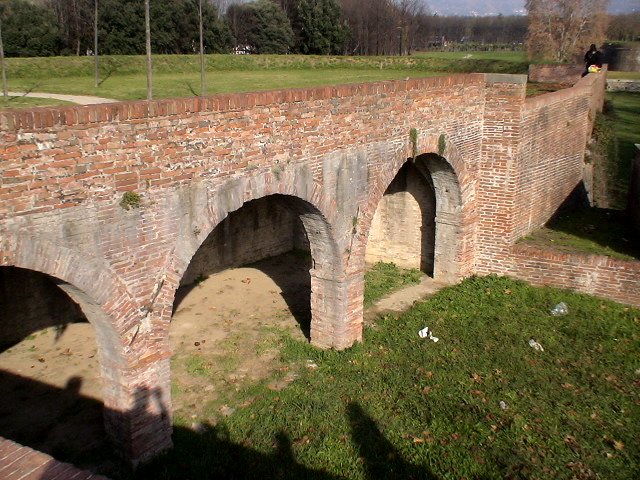 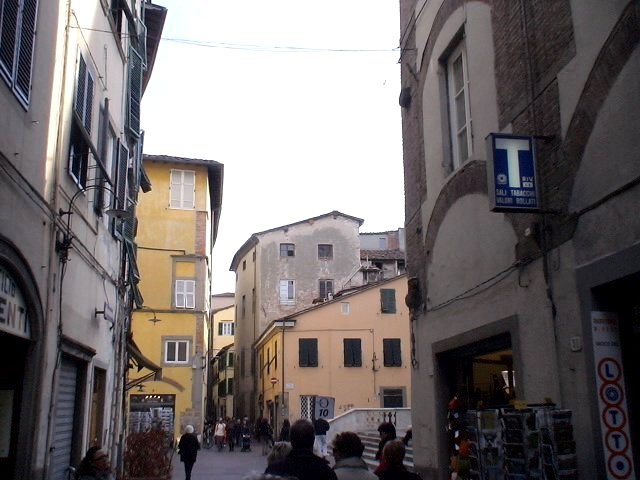 The great opera composer Puccini was born in Lucca. 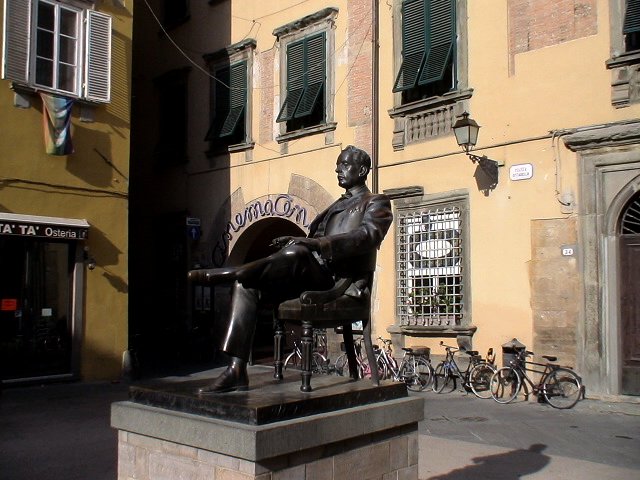 Torre del Lago is a hamlet of almost 11,000 inhabitants, a frazione  of the comune of Viareggio, in the province of Lucca, Tuscany, Italy, between the Lake of Massaciuccoli and the Tyrrhenian Sea. The Festival Puccini, an annual opera  festival is held in its open-air theatre, a short distance from the Villa Mausoleum where opera composer Giacomo Puccini lived and worked. He is buried in a small chapel inside the Villa. Meanwhile, back in Lucca... 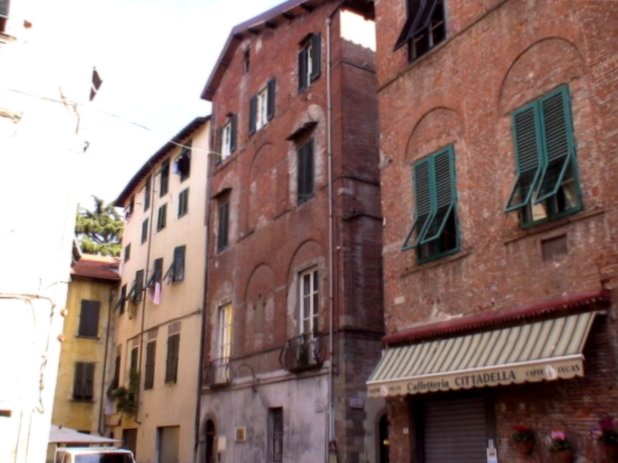 The Cathedral of St Martin (Italian Duomo) is a church in Lucca, Italy. It was begun in 1063 by Bishop Anselm (later Pope Alexander II). Of this structure, the great apse with its tall columnar arcades and the fine campanile remain. 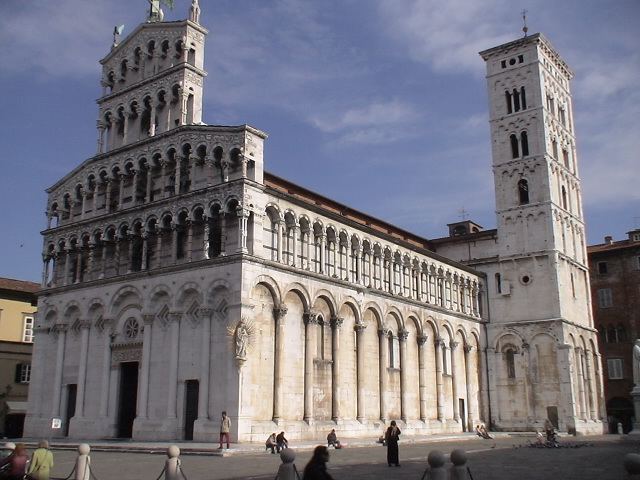 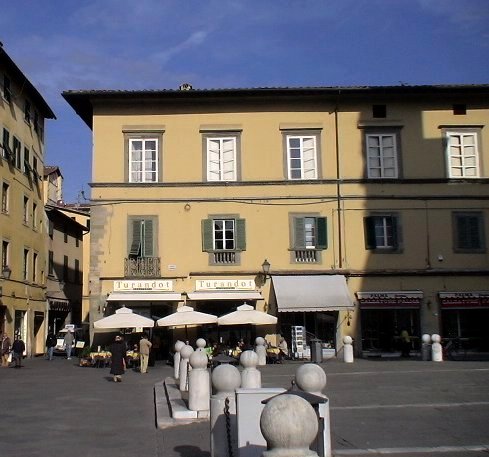 A shop in Lucca... that has kept its original frontage from the early 19th century. The Basilica of San Frediano is a Romanesque church situated on the Piazza San Frediano.The church acquired its present appearance of a typical Roman basilica during the period 1112-1147. In the 13th-14th centuries the striking façade was decorated with a huge golden 13th century mosaic representing The Ascension of Christ the Saviour with the apostles below.  Berlinghiero Berlinghieri designed it in a
Byzantine/medieval style. 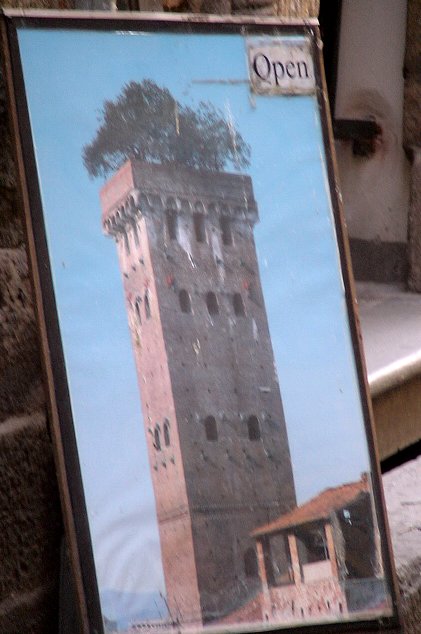 The rectangular grid of its historical center preserves the Roman street plan, and the Piazza San Michele occupies the site of the ancient forum.

Traces of the amphitheatre can still be seen in the Piazza dell'Anfiteatro. 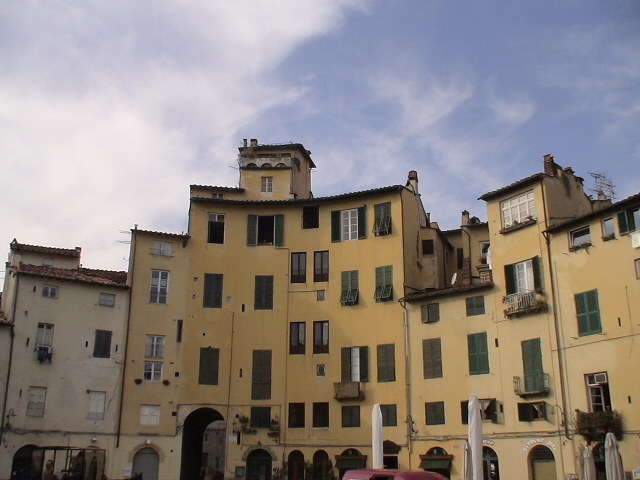