The present site of Glasgow has been used since prehistoric times for settlement due to it being the forded point of the River Clyde furthest downstream, which also provided a natural area for salmon fishing.

The city is working hard at changing its reputation as a "tough" town. We found a lot more older buidings in Glasgow than in Edinburgh. Of course, it's a bigger city. No "Royal Mile", but a charming city nonetheless. GoMA is the second most visited contemporary art gallery in the U.K. outside London. Opened in 1996, the Gallery of Modern Art is housed in a neoclassical building in Royal Exchange Square in the heart of Glasgow city centre. Built in 1778 as the  townhouse of William Cunninghame of Lainshaw, a wealthy Glasgow Tobacco Lord. 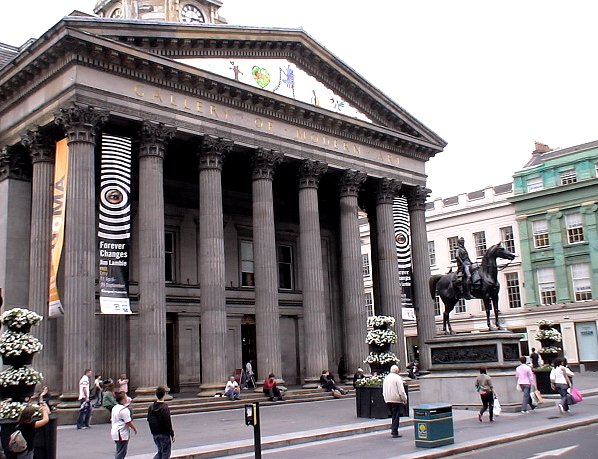 An exhibition of new work by the Glasgow-based artist Jim Lambie, including a spectacular vinyl floor and several new sculptures. Check this out... 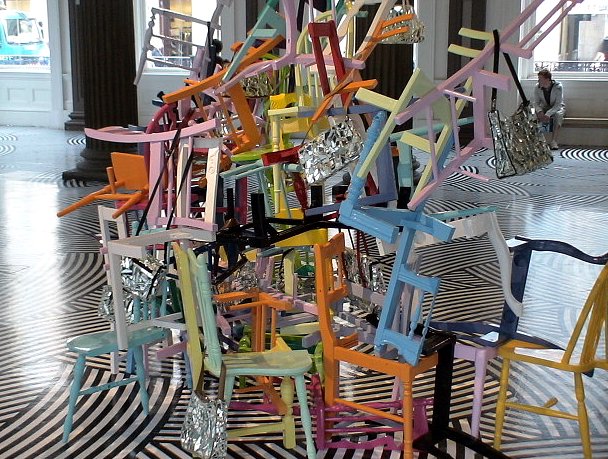 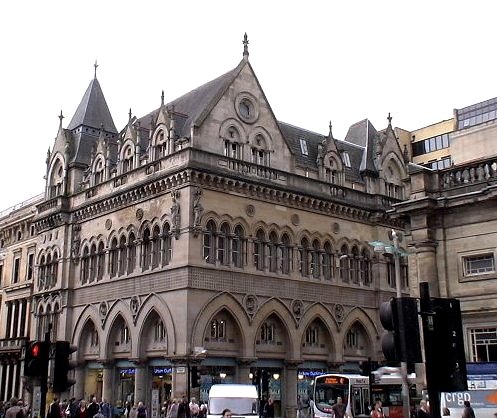 Glasgow Cathedral, also called the High Kirk of Glasgow, is today a Church of Scotland Cathedral. It is located just outside of the city center beside Glasgow Royal Infirmary. The history of the cathedral is linked with that of the city, and is allegedly located where the patron saint of Glasgow, Saint Mungo built his church. It is called: "The saving of the Cathedral" View of inside the church 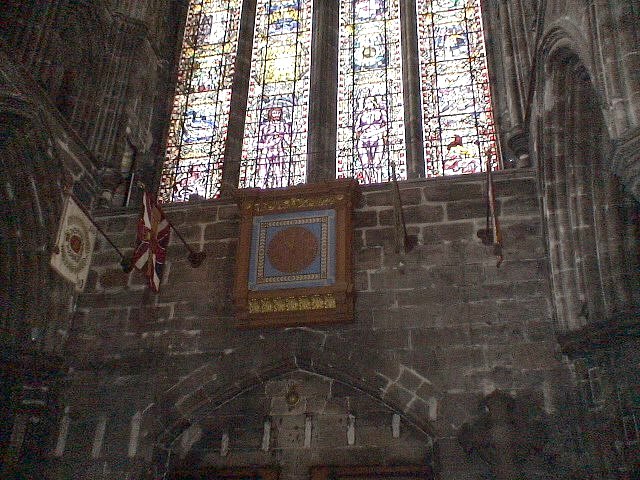 THE TOMB OF ST. MUNGO

The Tomb stands in a space formed by four columns directly below the site of the altar above and is designed to carry its weight. The colourful, embroidered cloth and six kneelers, were made and given by Embroiders' Guild (West of Scotland Branch) and were dedicated on 12th April, 1973 in the presence of HRH the Princess Margaret.

The cloth is composed of 2864 patches in 28 shades of Sekers silk, with applied motifs of gold and silver k.

Located in the Lower Church. The vaulted ceiling of the Lower Church. (The orginal church dating from the 13th century.