Claude Monet noticed the village of Giverny while looking out the window of a train he was riding. He made up his mind to move there and rented a house and the area surrounding it. In 1890 he had enough money to buy the house and land outright and set out to create the magnificent gardens he wanted to paint.

Some of his most famous paintings, such as his water lily and Japanese bridge paintings, were of his garden in Giverny. 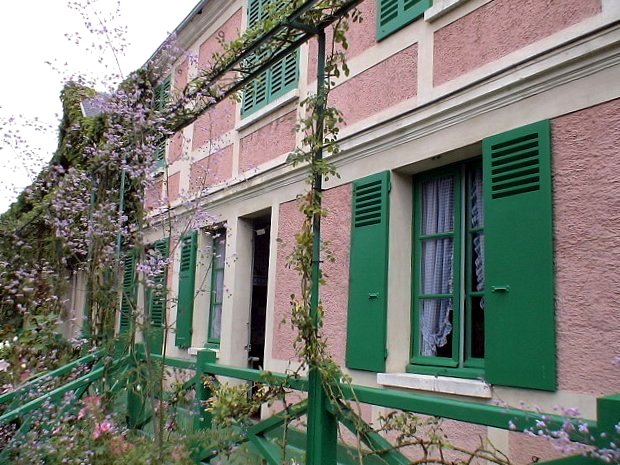 Michel standing on the porch of Monet's house. View from Monet's bedroom on the second floor window. More water lilies... It was so beautiful. 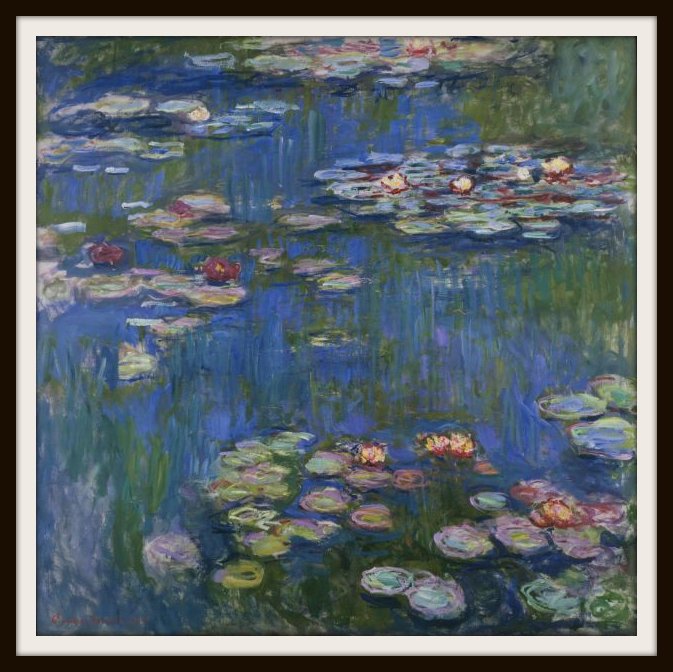 View from Monet's house to the gate. 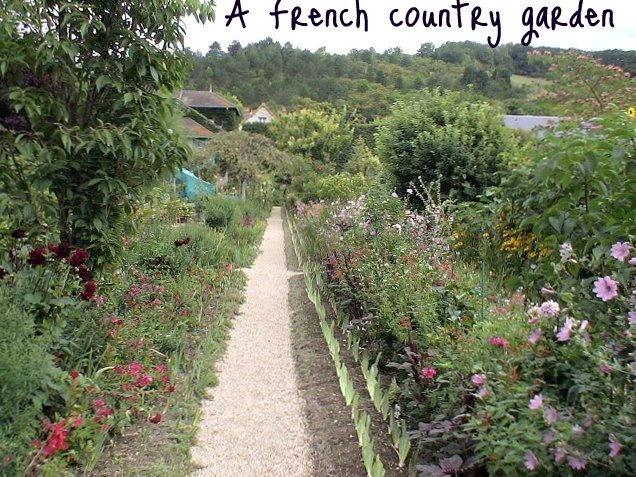