Gijón  is a coastal industrial city and its municipality in the autonomous community of Asturias. Early mediaeval texts mention it as "Gigia". It was an important regional Roman city, although the area has been settled since earliest history. The name was originally applied to a small peninsula presently referred to as Cimavilla, literally "top of village," between two beaches, one of which has a recreational port today. The main port, one of the largest in the north of Spain, is called "El Musel".

Small sleepy town. We visited this city on a Sunday and the city square and old town were filled with people talking, sitting at cafés or simply strolling. Quite relaxing. 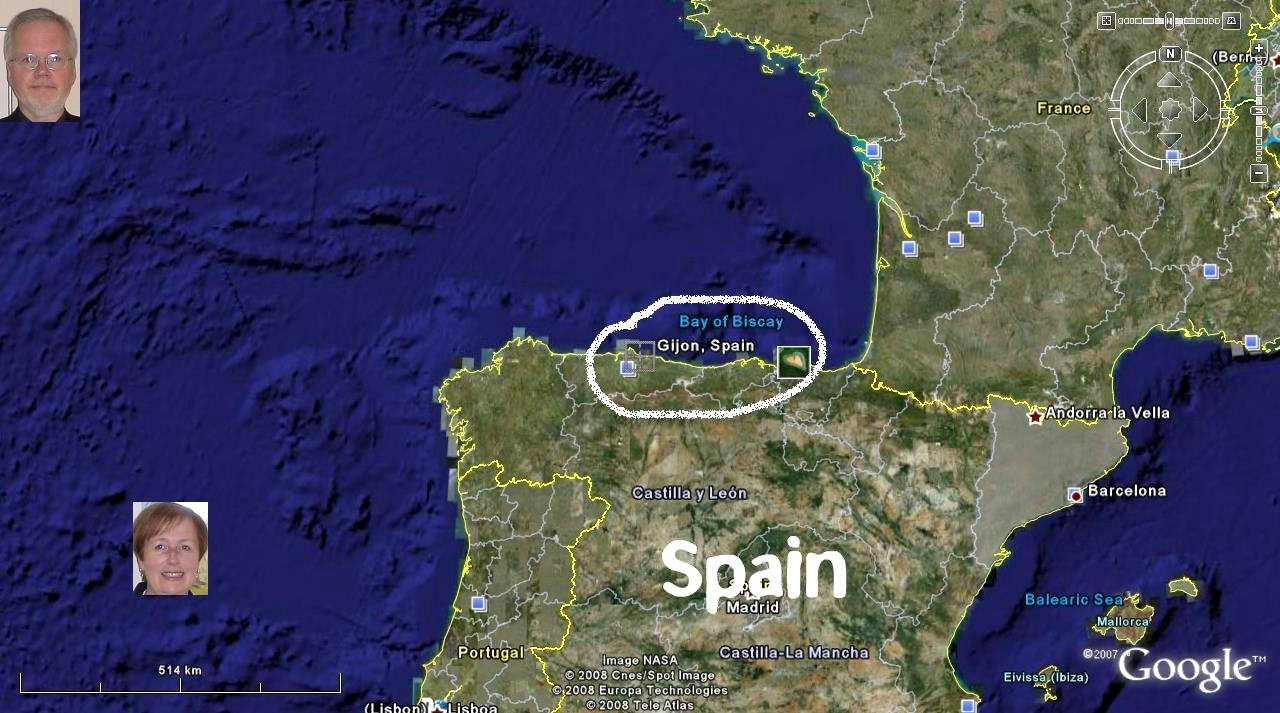 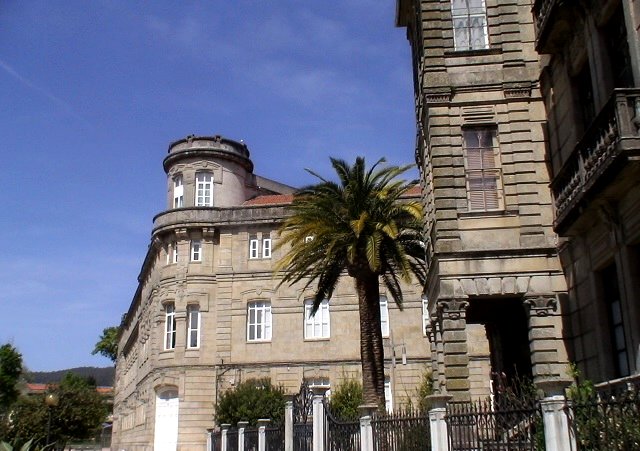 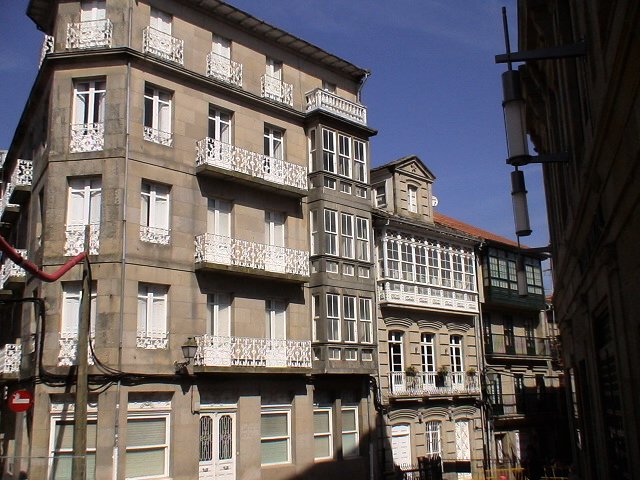 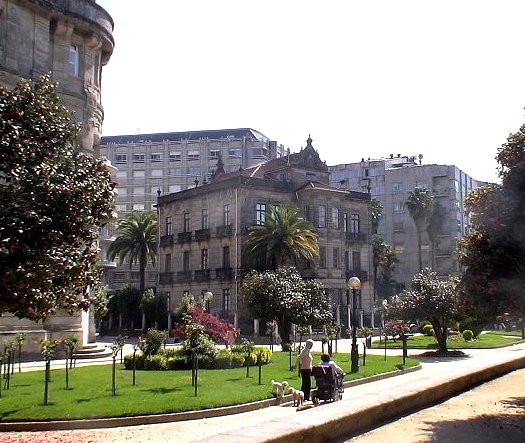 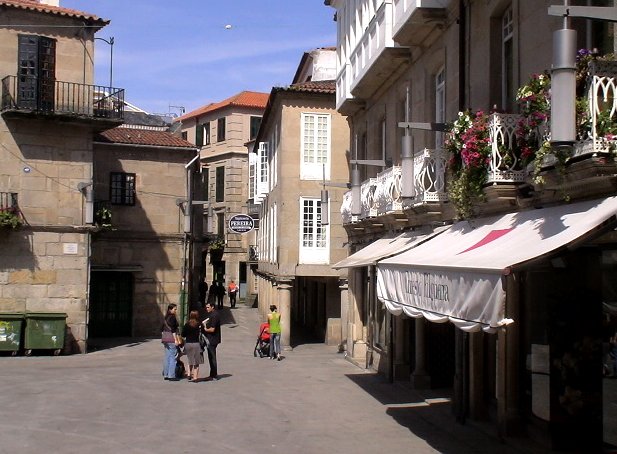 The legend that St James found his way to the Iberian peninsula, and had preached there is one of a number of early traditions concerning the missionary activities and final resting places of the apostles of Jesus. Although the 1884 Bull of Pope Leo XIII Omnipotens Deus accepted the authenticity of the relics at Compostela, the Vatican remains uncommitted as to whether the relics are those of Saint James the Great, while continuing to promote the more general benefits of pilgrimage to the site.

Here is St-James shell indicating the way to the Cathedral of Santiago de Compostela. 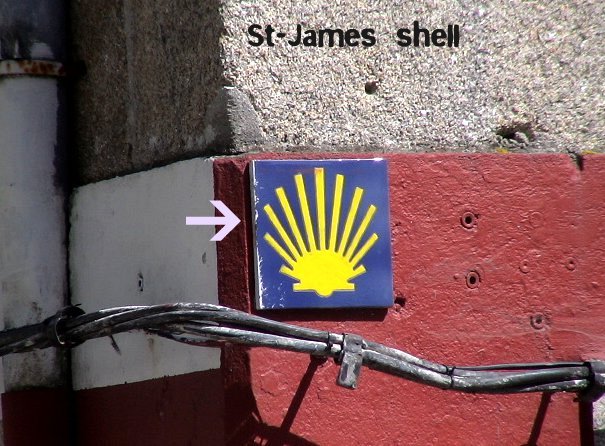 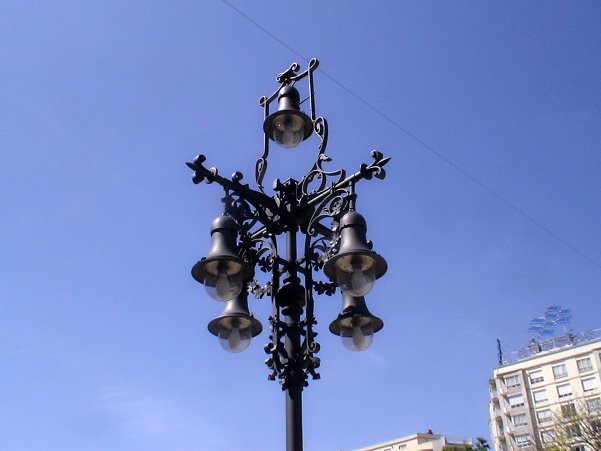 The ´Horreos Coastline´ could be the current definition of Combarro. In fact, the sea has its own way on this piece of coast in the municipality of Poio. Between the river, which defines the coast with a line of granaries, and the street behind (San Roque), there is an entire space whose purpose is practically a symbol of popular Galician culture.
On the granite outcrop stand the small maritime houses with delicate hewn stonework. They have sunny stone balconies, very much in a Baroque style, but inspired by the architecture of the pazos. The interiors were humble, with dirt floors on the ground level and very little separation between rooms
. 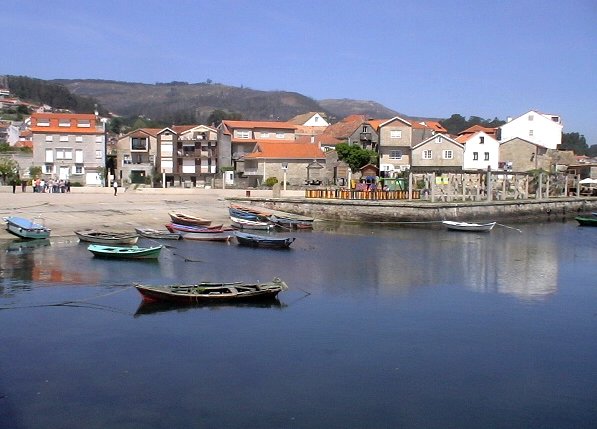 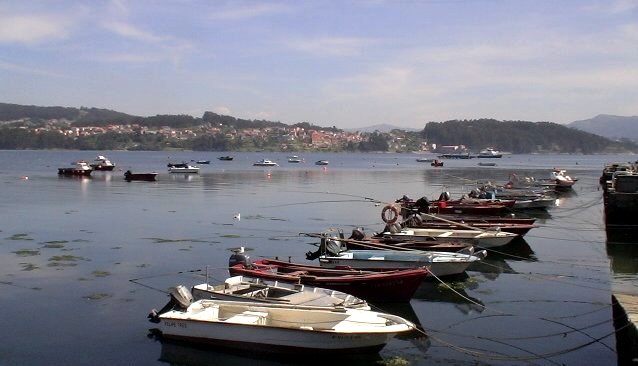 Fishing for clams. We ate at a local restaurant and they were delicious.

Clam farm in the bay. Facing the sea, there is a space reserved for working overlooked over by the horreos. There are approximately thirty, forming one of the largest collections in Galicia and unique in their coastal location. They are made of stone, although their local name, palleiras, harks back to an ancient time when they were covered with straw or other similar materials. Most importantly is that their storage function reveals the need for symbiosis between agricultural and sea-based products.

Notice the circular supports. It is to make it difficult for rats to get at the food.