Gibraltar is a British overseas territory located near the southernmost tip of the Iberian Peninsula overlooking the Strait of Gibraltar. The territory shares a border with Spain to the north. Gibraltar has historically been an important base for the British Armed Forces and is the site of a Royal Navy base.

It is located in Southwestern Europe, bordering the Strait of Gibraltar, which links the Mediterranean Sea and the North Atlantic Ocean, on the southern coast of Spain. 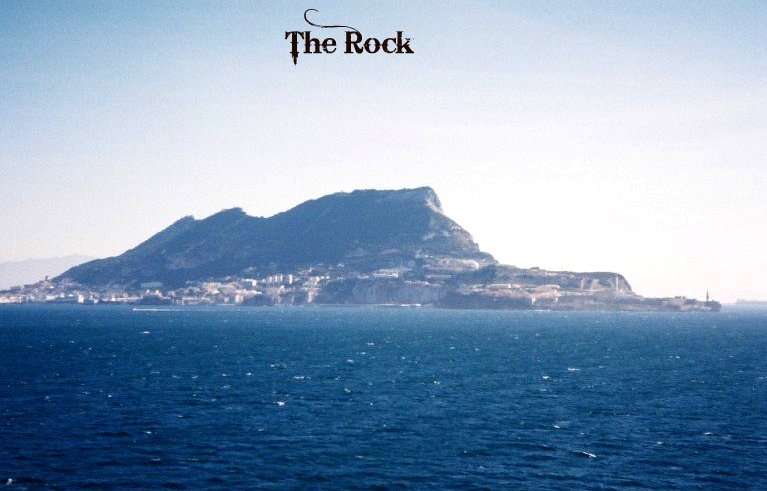 The name of the territory is derived from the Arabic, name Jabal T?riq, meaning "mountain of Tariq". It refers to the geological formation, the Rock of Gibraltar, which in turn was named for the Berber Umayyad general Tariq ibn-Zivad who led the initial incursion into Iberia in advance of the man Moorish force in 711 under the command of Umayyad Caliph Al-Walid I.  Earlier, it was known as Mons Calpe, one of the Pillars of Hercules. 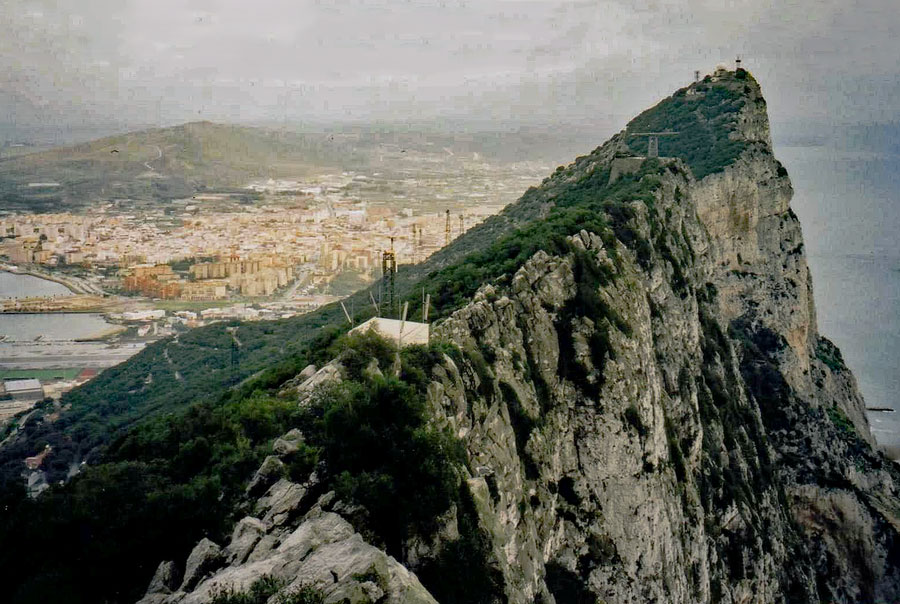 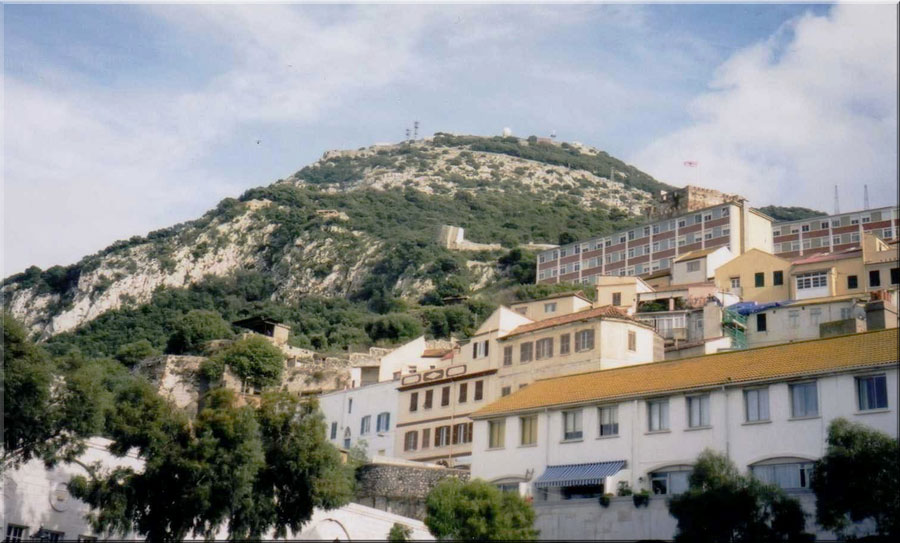 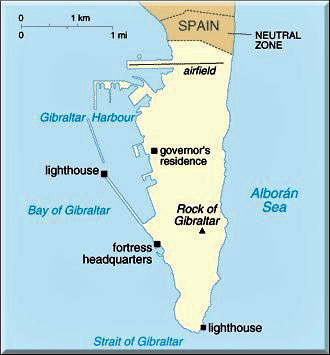 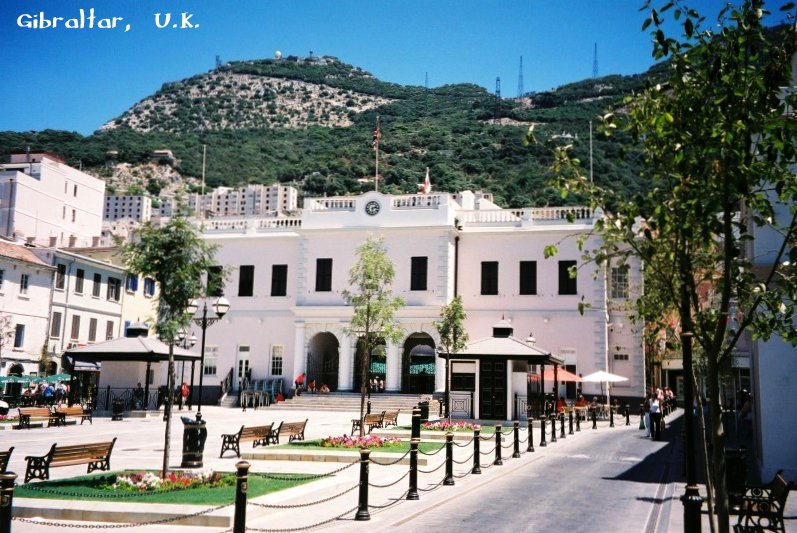 Most of its upper area is covered by a nature reserve, which is home to around 200 Barbary Macaques, commonly known as 'apes', the only wild monkeys found in Europe. As they are a tailless species, they are also known locally as Barbary apes or Rock Apes despite the fact that they are monkeys (Macaca sylvanus). 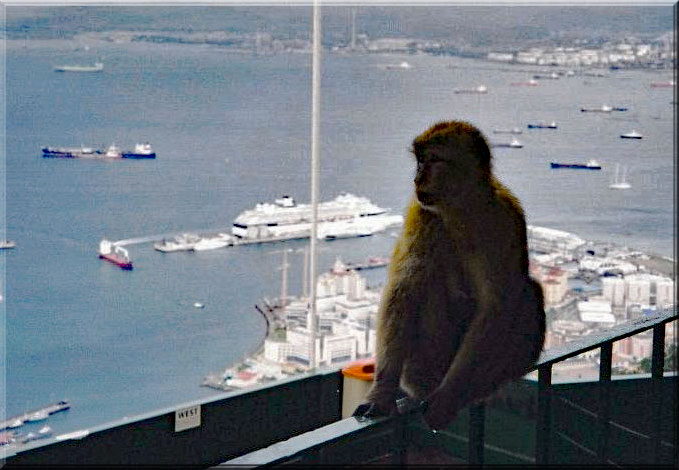 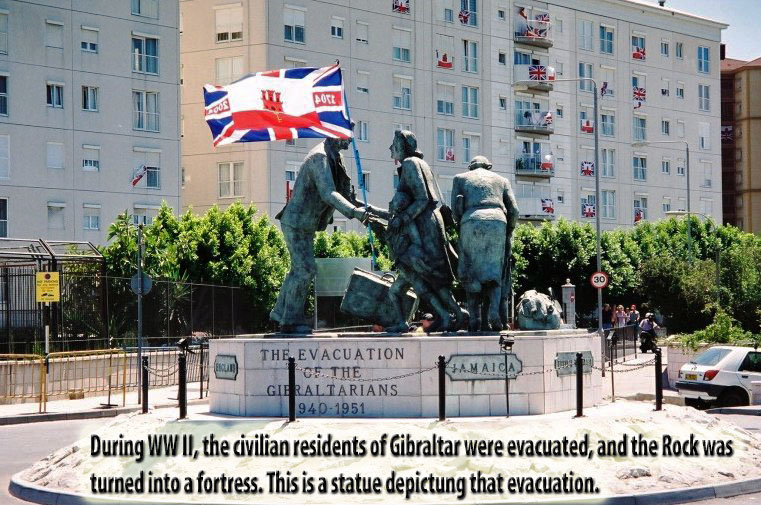 The Battle of Trafalgar was a historic sea battle between the British Royal Navy fleet of 27 ships which defeated the combined fleets of the French Navy and Spanish Navy of 33 ships of the line. It was fought on 21 October 1805 west of Cape Trafalgar Cape Trafalgar in south-west Spain.

The French and Spanish lost 22 ships, while the British lost none in the most decisive naval engagement of the Napoleonic Wars. 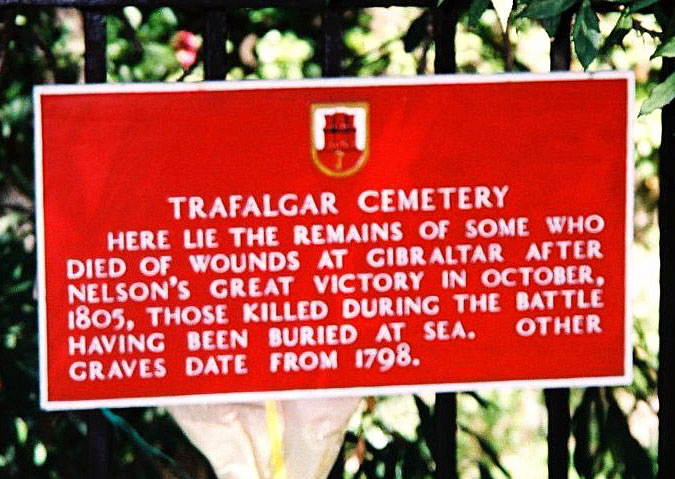 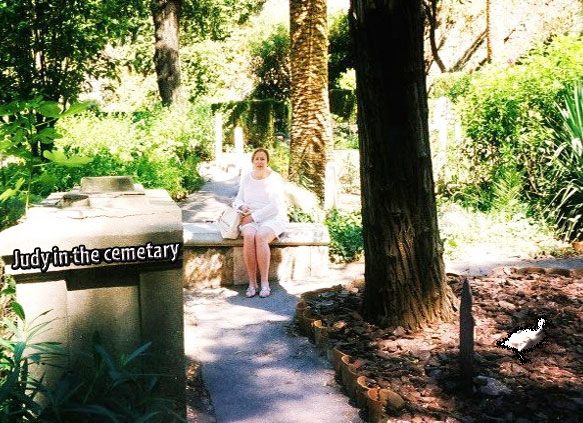 The Battle of Trafalgar was to witness both the defeat of Napoleon Bonaparte's plans to invade Britain, and the death of Admiral Lord Nelson. It was never going to be any ordinary battle, and quickly acquired a heightened, almost magical, reality. During the engagement at Trafalgar, on 21 October 1805, the Royal Navy annihilated the greatest threat to British security for 200 years, but lost Britain's national hero in the process. Little wonder the battle transcended the mundane calculation of ships and men, victory and defeat. It guaranteed Britain's control of the oceans, the basis of her global power for over a century.

Picture below: The navel battle was fought where you see the skips... 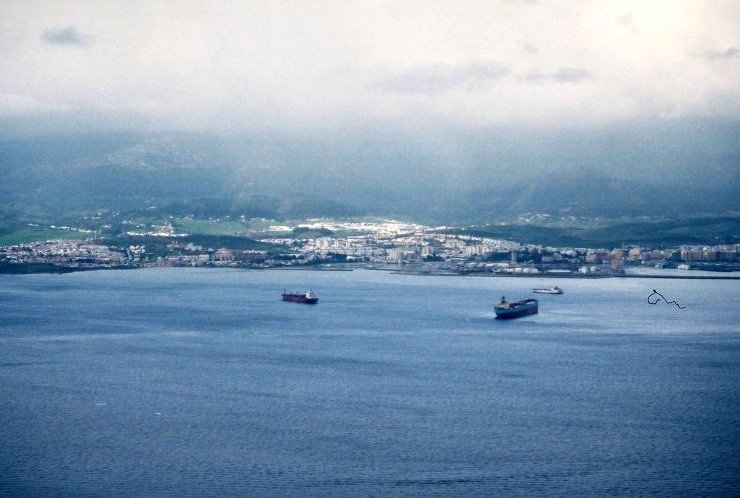 Almost looks like I'm part of the ROCK. This picture wasn't doctored in any way. 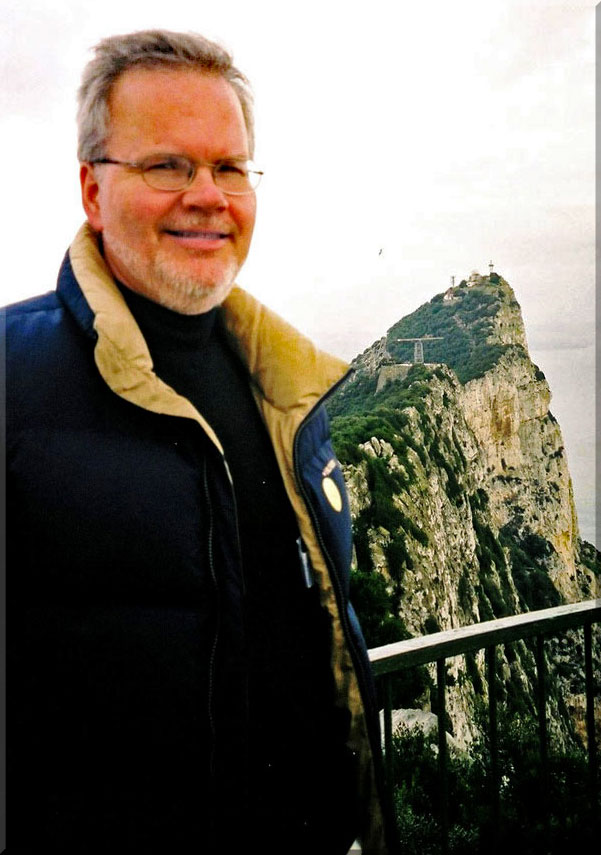 The Rotterdam moored in the harbour. Check out all those ships... 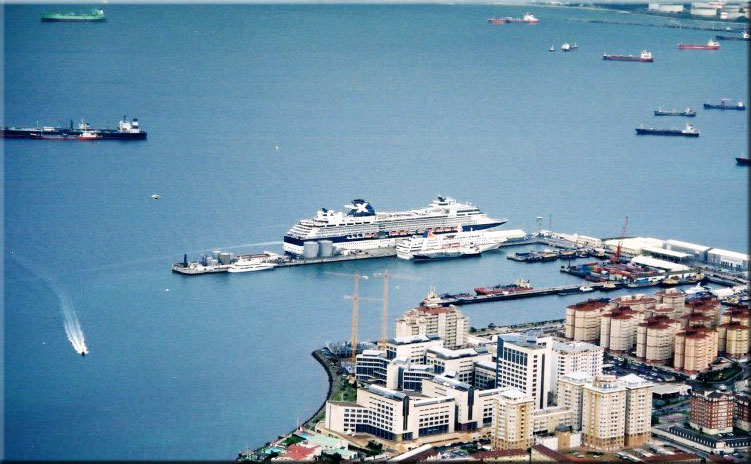 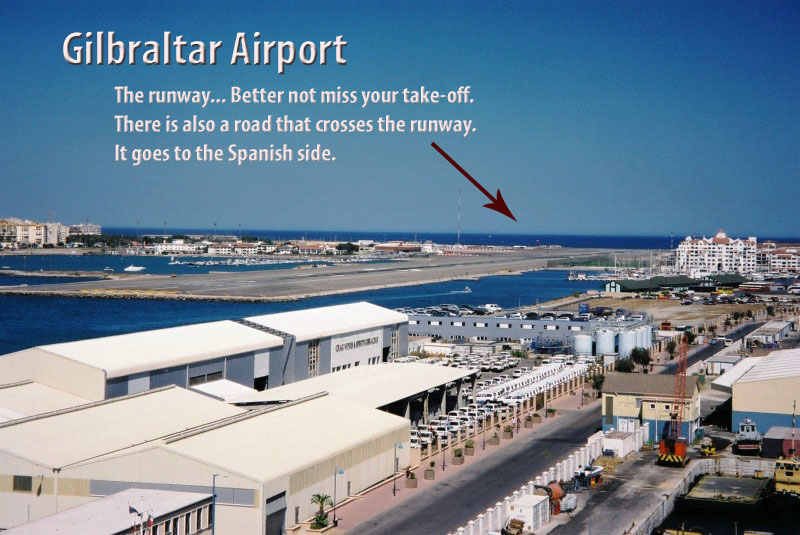 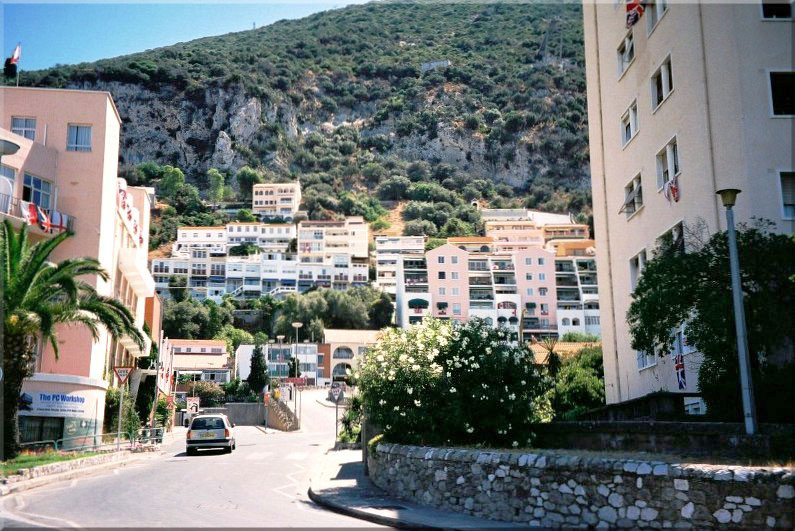 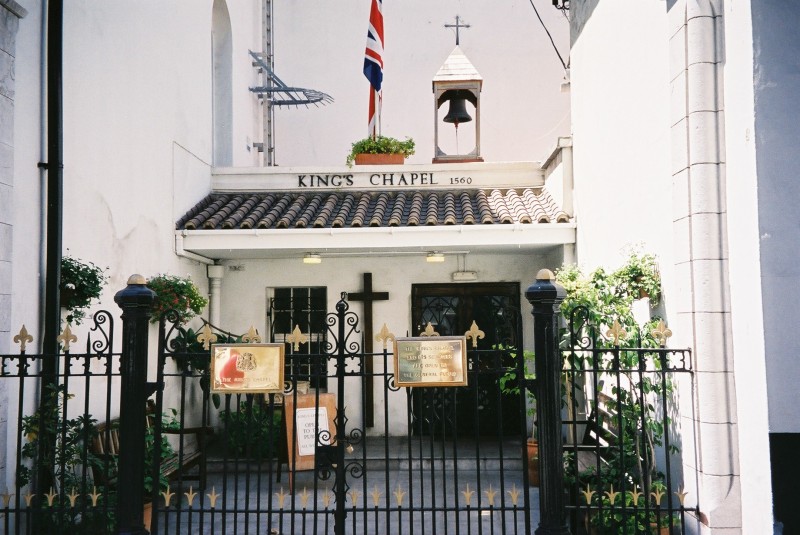 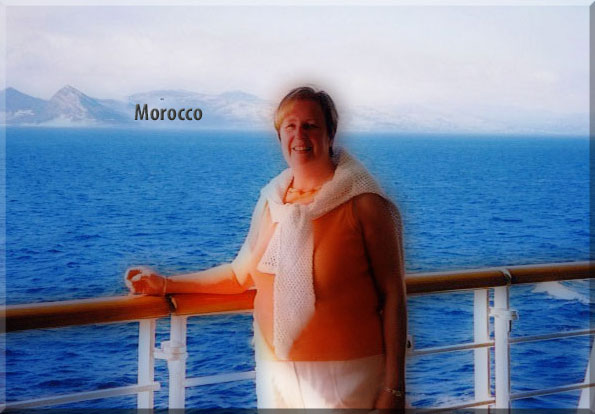 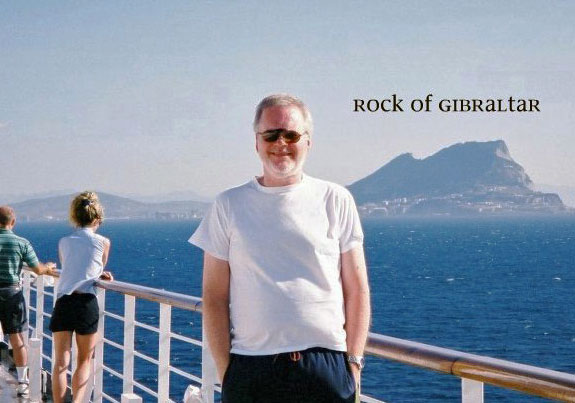 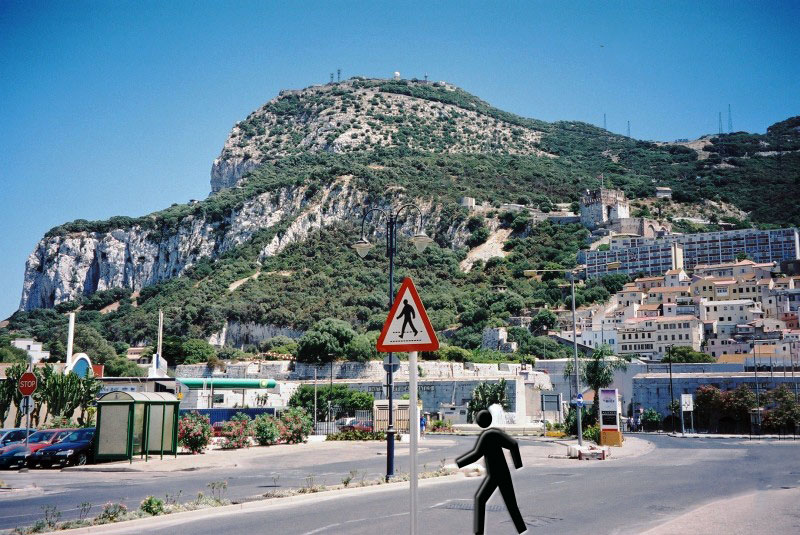 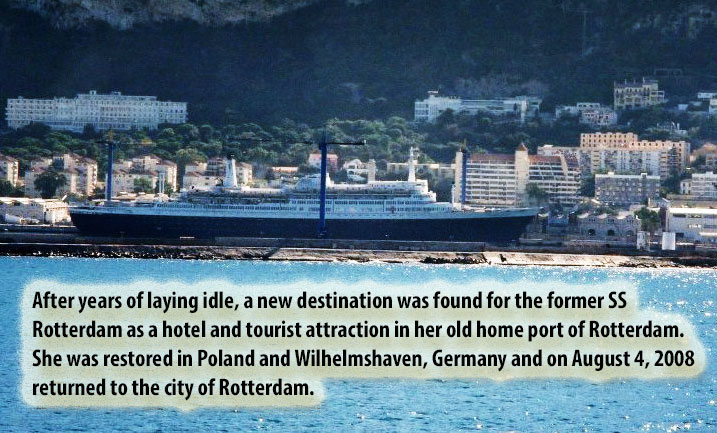