The John Frost Bridge. (named after Major-General John Dutton Frost, who commanded the British forces that reached and defended the bridge during the Battle of Arnhem in September 1944.

A bridge too far.

The Allies tried to get this bridge during WWII, but failed. The famous movie was shot using another bridge a little further down river. 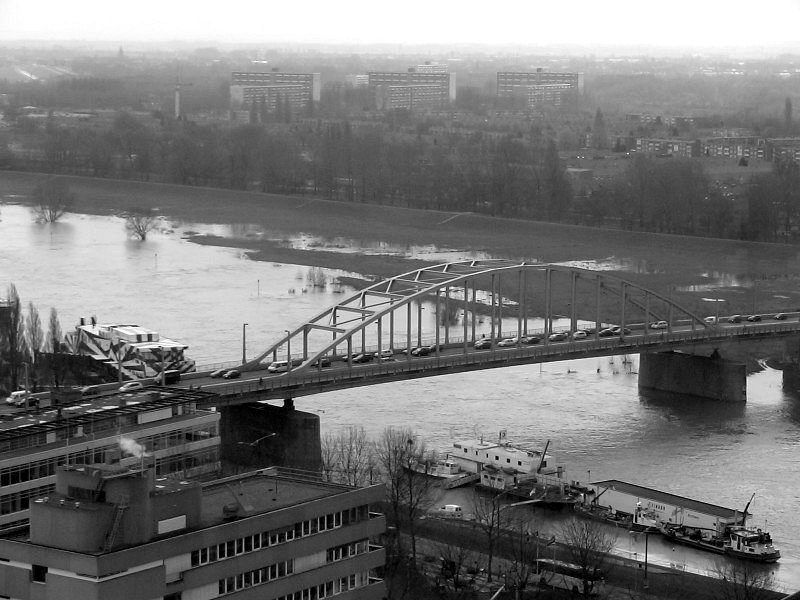 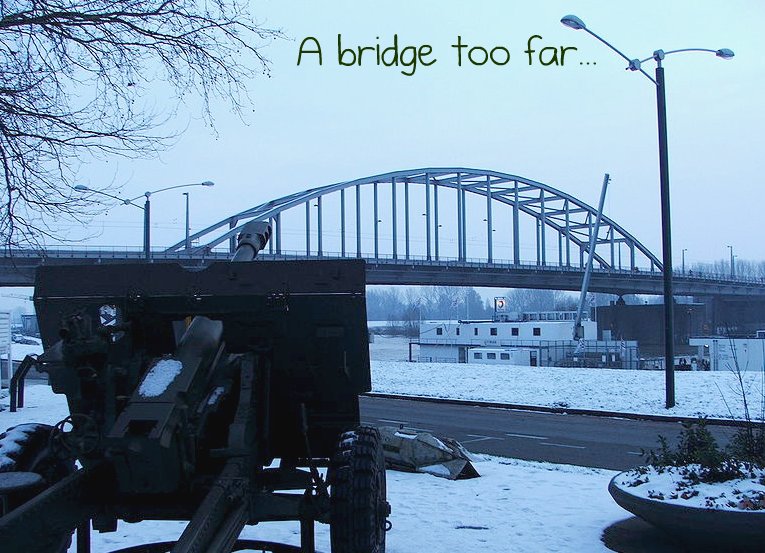 View of Arnhen from a church tower Rolling down the river... 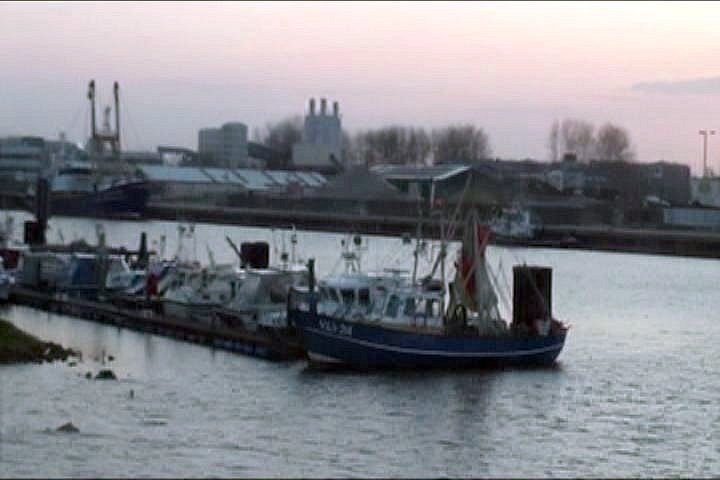 The Battle of Arnhem was a major battle of WWII  fought in and around the Dutch towns of Arnhem, Oosterbeek, Wolfheese, Driel and the surrounding countryside from 17–26 September 1944.

The British airborne forces landed some distance from their objectives and were quickly hampered by unexpected resistance – especially from elements of the 9th and 10th Panzer Divisions. Only a small force was able to reach the Arnhem road bridge while the main body of the division was halted on the outskirts of the city.

With no secure bridges over the Nederrijn, the Allies were unable to advance further and the front line stabilised south of Arnhem. The British 1st Airborne Division had lost nearly three-quarters of its strength and did not see combat again.

Aerial view of the bridge over the Neder Rijn, Arnhem; British troops and destroyed German armoured vehicles are visible at the north end of the bridge.

The Arnhem Bridge after Frost's force had been overrun and the road cleared. Notice the destroyed buildings on the right.
A German Sturmhaubitze 42 at Arnhem.